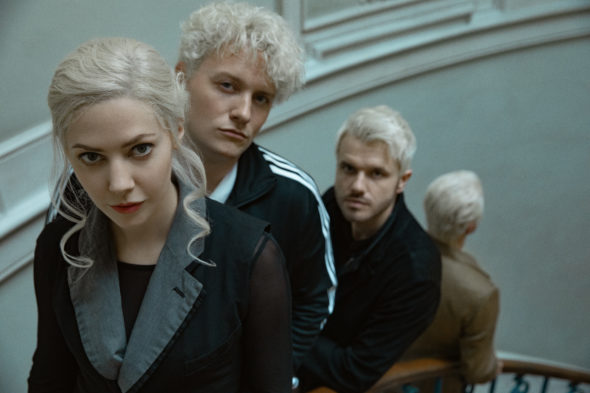 How well does Myfanwy Thomas handle all that happens during the first season of The Rook TV show on Starz? As we all know, the Nielsen ratings typically play a big role in determining whether a TV show like The Rook is cancelled or renewed for season two. Unfortunately, most of us do not live in Nielsen households. Because many viewers feel frustration when their viewing habits and opinions aren’t considered, we’d like to offer you the chance to rate all of the season one episodes of The Rook here. *Status update below

What do you think? Which season one episodes of The Rook TV series do you rate as wonderful, terrible, or somewhere between? Should Starz cancel or renew The Rook for a second season? Don’t forget to vote, and share your thoughts, below.

Just watched the first season of The Rook back to back and really enjoyed it. Then found it has been cancelled after only one season. I really am getting tired of Networks making new series and then cancelling them before their natural ending. It leaves viewers fed up and annoyed and does not show these networks in good light. I understand that some television does not work but there are many series, including The Rook that suffer at the hands of TV networks and their inability to follow through on projects. As with many projects I have worked on personally… Read more »

It’s very different to the book but still so good and I have just read on this site that it has been cancelled but it would have been so good to continue and see how this version continues!!!! I think it should be renewed still!!!

The Rook definitely deserves a season 2!

Found this by accident and wow what a show. Season 2 please

It is exciting, I like the characters they’re complicated enough to keep me interested. The chemistry between Emma and Ronan is quite electric, I hope they explore that a little more. I really want to know what happens to Olivia’s character so please don’t end this show.

We want to see more of Rook. Please make season 2.

We want Season 2 of the Rook. Please don’t cancel it. We want to watch more of the Rook!

Amazing. I thought it was a spy show and was impressed when it combined several genres and did them all amazingly well. Unlike anything I’ve seen before. Absolutely awesome!!! This will be one that will spread like wildfire as people spread the word. Hopefully it gets another series (season 2).

Would love a season 2 please

Keep the Rook please do a season 2. I enjoyed it.