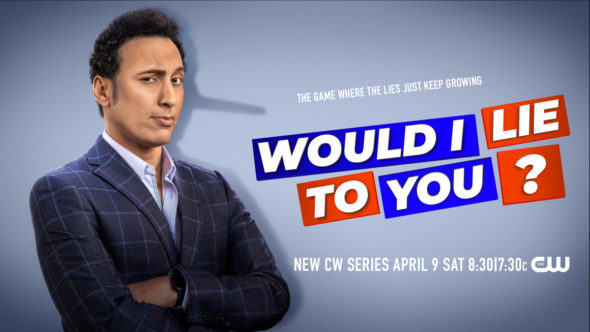 The original Would I Lie to You? TV show is a popular program in the UK and recently finished its 15th season. How will U.S. viewers take to The CW’s version of the show? Will it be cancelled or renewed for season two? Stay tuned.

A comedy panel game show, the Would I Lie to You? TV series is hosted by Aasif Mandvi. In each episode, Matt Walsh and Sabrina Jalees each lead a team of celebrity guests. In various rounds, the teams are tasked with determining who is sharing facts and who is full of fiction. They ask questions and watch body language to determine which stories are outrageous but true, and which are completely made-up. This season’s celebrity guests include Brooke Shields, Amber Ruffin, Laura Benanti, Michael Ian Black, Andrea Martin, Julie Klausner, Jordan Klepper, Adam Pally, Chris Gethard, Dulcé Sloan, and Preet Bharara.

What do you think? Do you like the Would I Lie to You? TV series on The CW? Should it be cancelled or renewed for a second season?

Honestly, I have watched the first two episodes and this show is terrible-boring and dumb. I won’t be watching again.