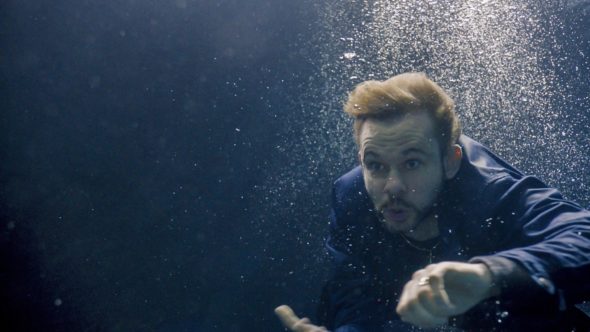 What do you think of the murder investigation during the first season of the 100 Code TV show on WGN America As we know, the Nielsen ratings typically play a big role in determining whether a TV show like 100 Code is cancelled or renewed for season two. Unfortunately, most of us do not live in Nielsen households. Because of that, many viewers are frustrated their viewing habits and opinions weren’t considered, before 100 Code ended, after its first season. We care what you think, so we invite you to rate all of the 100 Code season one episodes for us here.

What do you think? Which season one episodes of the 100 Code TV series do you rate as wonderful, terrible, or somewhere between? If it were up to you, would WGN America cancel or renew 100 Code for a second season? Don’t forget to vote, and share your thoughts, below.

I love this series. I love the location, actors, story lines. Please please do another season, many more seasons.

Intelligent, thrilling series. I love the Swedish location and all the actors and story lines. Thank you for giving me something to look forward to watching

After “Outsiders” I hoped WGN would know better than to leave viewers high & dry, ending a show with no resolution. I realize Michael Nyqvist passed away (the actor who played the Swedish cop) & Dominic Monaghan no doubt went on to other things after the series wrapped up in 2015 (?), so a 2nd season was never likely — I just wish I knew before I started watching. I swore to avoid WGN shows — for this very reason — after “Outsiders” was cancelled.

Hope u renew 100 code. I’m a crime novelist and thought it was excellent! Also very disappointed that u are not airing The Disappearance. Pls rethink that. U air terrific, literate shows. Loved Bellevue. Pls give us more intelligent, well-acted and provocatively written shows!

This was one of the best shows I have watched in a long time. Both my husband and I were hooked. I will be so disappointed if they do not have a season 2 for this series. I certainly hope they reconsider and bring it back.

I really hope this show returns. One of the best series in years