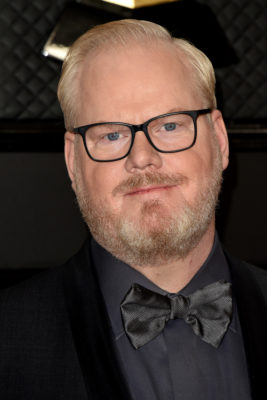 Jim Gaffigan is headed to The CW. According to Entertainment Weekly, the stand-up comic has joined season two of DC’s Stargirl.

On DC’s Stargirl, Gaffigan will voice Thunderbolt, “a magical, electrical, fun-loving, wish-granting pink imp from the mysterious land of Bahdnesia.” In the comics, he’s a genie-like character to works for Johnny Thunder, a member of the original Justice Society of America.

Season two of the series is slated to debut on The CW in 2021.

What do you think? Have you seen DC’s Stargirl? Will you watch season two on The CW?

Great show, the sooner the better!

I am glad that Stargirl will return for the second season but not on the CW network.

But it IS on the CW.

I am glad that Stargirl will return for the second season.