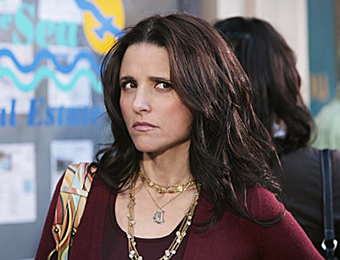 Last week, CBS surprised many when they cancelled some of their long-running shows like The New Adventures of Old Christine and Ghost Whisperer. The network also axed freshman sitcom Accidentally on Purpose.

Though these TV shows won’t be returning next season with new episodes, some viewers were likely planning to enjoy their reruns over the summer. Not anymore.

CBS has now purged the three cancelled series from their schedule. On Wednesdays, repeats of How I Met Your Mother and Rules of Engagement will fill the 8-9pm timeslot until Big Brother takes over on July 14th.

After tonight, the network plans to move Medium into the 8pm timeslot on Friday nights and run crime dramas at 9pm. Medium will hold the earlier timeslot in the fall. The final encore of Ghost Whisperer on CBS will air this evening as previously scheduled.

Wow cbs…I didn’t know you could do anything dumber….first you got rid of moonlight which was a big hit….then you are getting rid of all the good soaps….now ghost whisper? What is wrong with you people! Ghost whisper has been one of your most watched show for five seasons…and now you turn your back on it…well i hope no one wants to do business with you anymore…..i hope they discontinue cbs too…because all you like to do is upset your viewers…I will no longer be watching cbs and i have many friends and family who say the same….I cant wait… Read more »

How come CBS runs stupid shows like How I Met Your Mother, all the CSI shows which are getting boring, The Big Bang Theory and yet they cancel really good shows like my one and only favorite, Ghost Whisperer. I admit, I like NCIS and The Mentalist and The Good Wife, but those will get canceled too. Just like canceling all the good soap operas that have been on for years. What is the problem? It is that stupid people think stupid shows are better than ones that really show how people care about what happens to others. Way to… Read more »

dear sir’s I belive that ghost whisper should have a season 6 or 7 . you left this just like you did with jerico . NUTS , I think more veiwers would rather watch ghost whisper than shows like; how i met your mother or mike&molly. or medium. please bring back ghost whisper to cbs.

Wow. CBS is SOOO annoying. I LOOVED this show, but no, stupid CBS cancelled it! Ugh!! :[

Im still upset CBS canceled Joan of Arcadia and replaced it with Ghost Whisperer, but after the first season I was hooked. Ill always miss both of those well written unique shows.

I am so mad! Ghost whisperer is my favorute show and they cancel! Come on CBS, where are you getting your info. from? Not the actual viewers who watch CBS. I like Old Christine too and Medium. UGH…so frusterating!

urgh i hate the way they cancel all the good shows but leave all the **** ones on. yes i agree they are MORONS who really need to get a CLUE. like why not cancel all the crap ones instead. i HATE you cbs

ABSOLUTELY SICK OF CBS!!!!!! YOU ARE MORONS!!!!!!!! I agree on not watching them! THEY HAVE HORRIBLE SHOWS TO BEGIN WITH BUT GET RID OF THE FEW THAT ARE WORTH WATCHING. I HOPE THE WHOLE NETWORK GETS CANCELLED THEMSELVES!

ghost whisperer and medium were the only two cbs shows i watched but now that ghost whisperer is gone so am i ….medium has been really crappy lately anyhow so now i dont have to worry about changing the channel to cbs anymore!!

I think CBS is a horrible station! Why not cut all of our favourites while you are at it. If you want more viewers why not….oh i don’t know {PROMOTE YOU SHOWS!!!!!} I mean that’s ALL it takes!!!!! These show’s were great and now they are gone.

Note: All of AMERICA stop watching CBS- watch your shows online, stand up to the cowards of greed [referring to people who only want money] They love cancelling shows, so lets cancel them. i KNOW, this would never happen because CBS is too huge. But we have to do something.

How stupid! Ghost Whisperer is my favorite show! How could they cancel it? CBS needs to get a clue and they will realize the fatal mistake they made by chopping this show!

About time Ghost Whisper is taken off the air should have been done long ago when first husband died.

Ah hello, are you crazy? Not to be rude, but it should have never been cancelled in the first place. Shore it could have gone bad after Jim died, but the show got a lot better, especially with their son! CBS, is run by nut cases! Do they even watch their shows? Most likely not! So they have no right to take away some of the best shows on tv. Not to mention they have taken away jobs!

I will NOT be watching CBS as well…. someone needs to get a clue over there. How stupid!