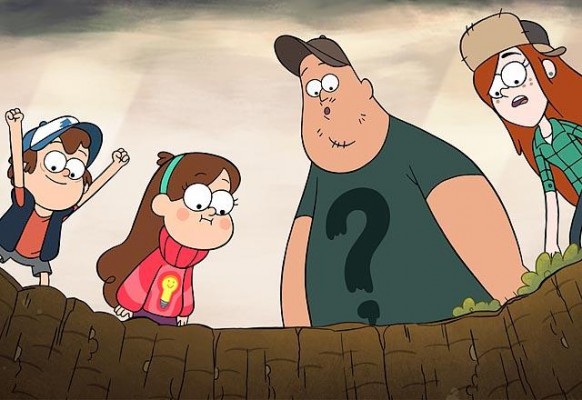 I don’t buy the “not cancelled” line. The second season, specially the Weirdmageddon felt so rushed

I want to see a “Back to Gravity Falls” in a couple of years. I BEG OF YOU GOD AND ALEX HIRSCH PLEASE OH PLEASE. Because I will Love you if you don’t (insert sarcasm here.)

Wow, I don’t mean to laugh at others tears but come on,I just found out a number of shows I like are ending (cancelled) and yes it hurts but that’s life. Here one minute gone the next, but the point is enjoy while you can,and not think ahead to the future.

I love Gravity Falls and really respect Mr. Hirsch’s decision. The series did everything it set out to do and raised the bar for all modern cartoons. Long live Gravity Falls legacy! I look forward to the finale.

This should not end yet. There is so much more than can be done. Everyone loves this show. Best cartoon since the 80s. Period.
Please continue even if it needs a different theme as along as it has the same feel we are fans ready to go.

I don’t want my favorite cartoon gone.I want this cartoon is continued please!!!

This is why gravity falls sucks. And why I plan to make a show called Gravity Life. A life story about teenager dipper and Mabel growing up. I don’t want to see my favorite show die, if they never put it on again, then I’m doing Gravity Life.

I’m crying right now…literally. I found gravity falls about five months ago and instantly fell in love. This is one of the best series I have ever seen and it will be hard seeing it go. I was crossing my fingers for a third season, but I guess ending it soon is much better than ending it after it lost it’s touch.

At least the episode’s one hour and not the usual twenty minutes.

I recently started to watch this show (late to the game, I know) I don’t usually watch shows, in fact I don’t get hooked long enough to enjoy them. But I have watched this show, and it hooked me so fast! I love every character, every episode. Heck I cant think of one thing I don’t like about it! I laughed so hard one time, a coworker checked to see if I was ok. I don’t get like that about shows, not any more anyway. When I heard it was all ending I felt my heart break, but I understand… Read more »

Love this show, sad to just now find out it’s coming to an end. =( But glad he refuses to milk it. I’ve had too many beloved shows fall from glory due to being a cash cow. Glad he’s giving it the ending he wants.

I think I just died…