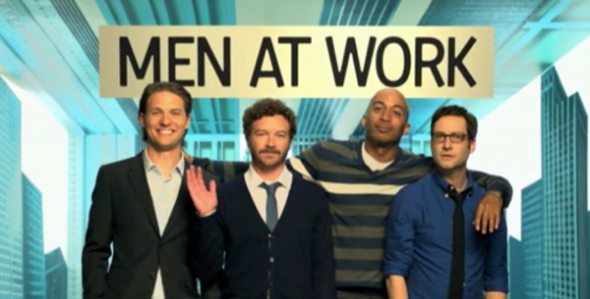 BRING IT BACK! this show is way more down to earth than anything else on television

BRING IT BACK! It was the best show on, with classic gags and hilarious character dynamics. It was a well rounded show that didn’t lack in substance but lacked in promotions, that’s on you guys TBS

Thank you for making me laugh when I needed…. I’ll miss u guys :c

Bring back men at work please

Man no way this is my favorite show goin bring it back please there’s nothing else like it great actors , maybe you guys should have better advertising for the show or sign a deal with net flicks so ppl can watch it I’m pissed

No! Bring it back it’s much better the the other comedies out there!

Omg no ! My boyfriend and I love this show ! We been waiting and waiting for season 4

Shame on you guys! This was the best comedy ever! SHAME!

Best comedy! so much better than other comedy shows where there are more seasons of, bring them back TBS!

One of the funniest comedies in a long time . Sad to see it end. Maybe TBS will come to their senses and re-sign the show.

Watched every episode. Great writing and delivery. Way better than big annoying theory or two and a half too many seasons.

This is disappointing .. I’ve been a fan since the first episode , what a loss . I will miss this show . TBS have other shows on there network that’s not as good that they could cancel … Sad

I haven’t been this disappointed since Firefly got cancelled

Men at work is the best comedy show ever! Shame on you guys! SHAME!