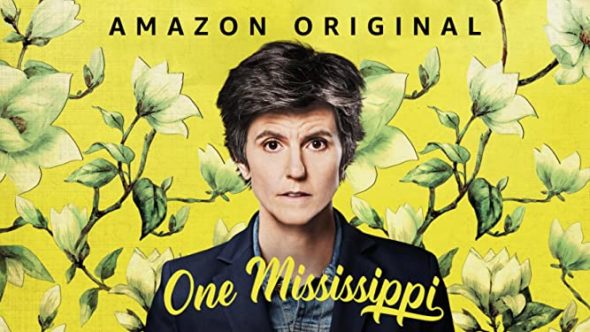 One Mississippi aired for two seasons on Amazon, and the star of the series is glad the series was cancelled. Louis C.K. was involved in the series as a producer, and five women have accused him of sexual misconduct.

This is the main reason comedian Tig Notaro was relieved the Prime Video series was cancelled. She said the following about One Mississippi, per The Daily Beat:

“There was also a part of me that felt like there was an element of negativity that was tied to the show through a particular producer. A part of me was excited to just get the word that OK, it’s been canceled and be like, all right, let’s shut that chapter, I’m ready to move on in life.”

She also said more about the series and if it could ever return:

“I wanted to do the show and we had a million storylines for season three. You know, if some crazy world happened where Amazon or FX was like, ‘We gotta bring back this show, reboot One Mississippi,’ I would happily do it and I would have a million things to say. And I also felt like where we ended on season two was—even though it wasn’t the end of the show—it felt like a reasonable place to end if this must be canceled.”

One Mississippi stars Notaro, Noah Harpster, John Rothman, Stephanie Allynne, Rya Kihlstedt, Carly Jibson, Beth Grant, Carol Mansell, Casey Wilson, Sheryl Lee Ralph, and Adora Dei. A semi-autobiographical “traumedy” based on the life of Notaro, who created the series with Diablo Cody, the One Mississippi TV show ponders what happens when you must go home again — whether or not your truly can. The story centers on Tig Bavaro (Notaro), a Los Angeles radio host. Upon the sudden death of her mother, Caroline (Kihlstedt), Tig returns to home Bay Saint Lucille, Mississippi. There, she must come to terms with her monumental loss, while dealing with health challenges of her own.

What do you think? Did you want a third season of this Amazon series? Were you disappointed that it was cancelled?

I love Tig’s humor. Please renew the show and bring her back!

I recently started this show on prime and when I looked online to find out when the third season was coming I was sad to learn that the show had already been canceled. There is nothing more annoying than a good show getting canceled after just a few seasons.

Bring this back! What is wrong with you people? The shite thats on TV and you take this away? Put it back. It’s brilliantly written, the cast is perfectly compatible, the setting and scenery is sublime, the soundtrack its a gift to my ears, even the costuming is top notch. Seriously what the hell were you thinking?. Bring back One Mississippi. I’ll buy whatever Tig plugs on Jimmy Kimmle.

Although it does not fix things, finding this series has at the very least given me something to somewhat relate my own childhood trauma to. It has made it so much more evident to me just how much is overlooked as well. It saddens me that there will likely be no more of this series but I’m glad that there was at least this much of it.

I am devastated not only that it got cancelled, but that it ended as all the characters were getting fleshed out and now I need to know what happened to ALL of them!!

I would love a third season.

Outstanding show! This is one of the most original shows I have seen in years. Tig is incredibly courageous to show her true self to us.

Just discovered this show on Amazon. Fantastic. Funny. Dark. Well written. I hope to see more at some point. There are so few shows like this out there.