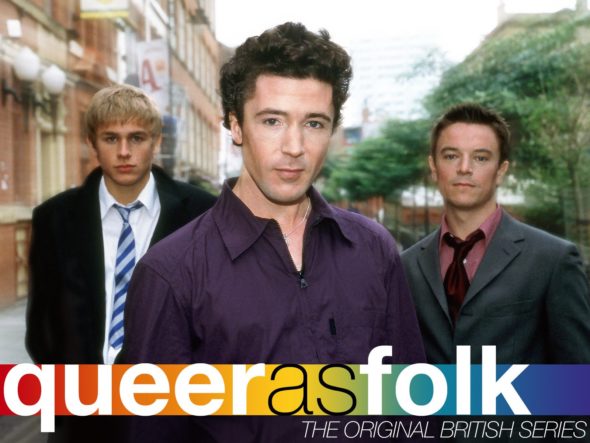 Queer as Folk is getting a reboot. Peacock has ordered a reboot of the British LGBTQ series which aired for 10 episodes in 1999. Showtime launched a US version series a year later, and it ran for five seasons and 83 episodes before it went off the air.

This new incarnation will be a reimagining of the original British series, following a group of friends in New Orleans. The first season will have eight episodes. Peacock revealed more about the Queer as Folk reboot in a press release.

“Peacock today announced a straight to series order for QUEER AS FOLK, from UCP, a division of Universal Studio Group, and creator Stephen Dunn.

QUEER AS FOLK is a vibrant reimagining of the groundbreaking British series created by Russell T. Davies, exploring a diverse group of friends in New Orleans whose lives are transformed in the aftermath of a tragedy.

“QUEER AS FOLK was more than just a show, it was a ground-breaking and necessary voice for so many people. Stephen’s new version for Peacock arrives at yet another pivotal moment in our culture,” said Lisa Katz, President, Scripted Content, NBCUniversal Television and Streaming. “Alex Sepiol, EVP of drama programming, and his team have championed this project from the first moment it landed on their desks, working to ensure the script became the series we’re announcing today. The entire team is so excited to be a part of introducing a new generation to this type of authentic and affirming storytelling.”

“It is a surreal honour to adapt the notoriously groundbreaking series by Russell T. Davies. When the show originally aired, the idea of unapologetic queer stories on TV was so provocative that I felt I could only watch QUEER AS FOLK in secret,” said creator Stephen Dunn. “But so much has changed in the last 20 years and how wonderful would it be if the next generation didn’t have to watch QUEER AS FOLK alone in their dank basements with the sound muted, but with their family and friends and the volume cranked all the way to the max…”

“QUEER AS FOLK is a transformative show, that in its past iterations, was a pioneer in representation of the LGBTQ community and we’re excited to continue that legacy. Stephen Dunn brings an energy and modern lens to the series through characters we’ve fallen in love with. We can’t wait to bring it to Peacock for viewers to enjoy this visionary and vibrant show,” said Beatrice Springborn, President of UCP.”

What do you think? Are you going to check out the Queer as Folk reboot TV series on Peacock once it arrives?

I agree The USA version was a worldwide hit not to mention or bring into would be a Hugh mistake. I did watch The UK version and not much to say about it!

We want a revival of the U.S version with the orginal cast