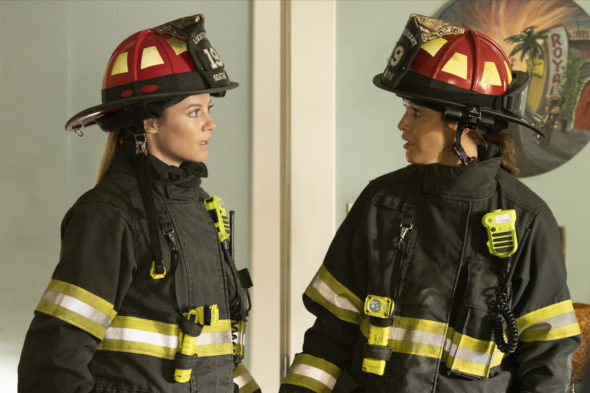 Andy and her firefighting family return to save the day as best they can in the sixth season of ABC’s Station 19 TV show. As we all know, Nielsen ratings typically play a big role in determining whether a TV show like Station 19 is cancelled or renewed for season seven. Unfortunately, most of us do not live in Nielsen households. Because many viewers feel frustrated when their viewing habits and opinions aren’t considered, we invite you to rate all of the sixth season episodes of Station 19 here.

What do you think? Which season six episodes of the Station 19 TV series do you rate as wonderful, terrible, or somewhere between? Do you think that Station 19 should be cancelled or renewed for a seventh season on ABC?

I was hoping this show would improve. Too much personal drama with the characters and not enough rescues and fire calls. And why is Carina DeLuca hanging out at the fire station. Doesn’t she practice at Grey/Sloan as an OBGYN? Why is she needed at the fire station? So stupid.

Will have to do more to hold my interest for the rest of the season.