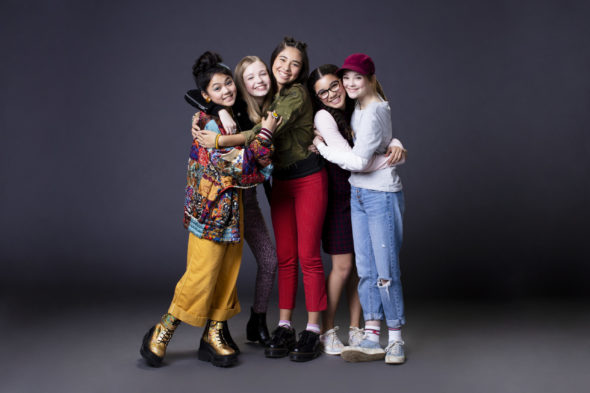 The Baby-Sitters Club will not be returning to Netflix for a third season. The streaming service announced the series’ cancellation on Friday, per Variety. Starring Sophie Grace, Malia Baker, Momona Tamada, Shay Rudolph, Kyndra Sanchez, Vivian Watson, Anais Lee, Alicia Silverstone, Mark Feuerstein, and Marc Evan Jackson, the series is based on the beloved book series by Ann M. Martin.

Rachel Shukert, the creator, and showrunner for the teen series said the following about the cancellation of The Baby-Sitters Club by Netflix

“I have wanted to be a part of the world Ann M. Martin created since I was 7 years old, and for two amazing seasons I actually got to be. It was a dream come true. Although I am heartbroken not to be returning to Stoneybrook for 20 more seasons, I am so proud of the incredible show our amazing cast and crew created and the way it brought joy and comfort to so many when they needed it most. Thank you to Walden Media and to Netflix for giving us the opportunity to introduce Kristy, Claudia, Stacey, Mary Anne, Dawn, Jessi and Mallory to a new generation of fans who I know will love them as much as we do for years to come.”

Season two was released on Netflix in October.

What do you think? Did you want a third season of The Baby-Sitters Club on Netflix?

Sad that they cancel heartwarming, downs to-do a try shows like this, but renew nonsensical shows with poor writing. I just hope the show gets picked up by another network or streamer.