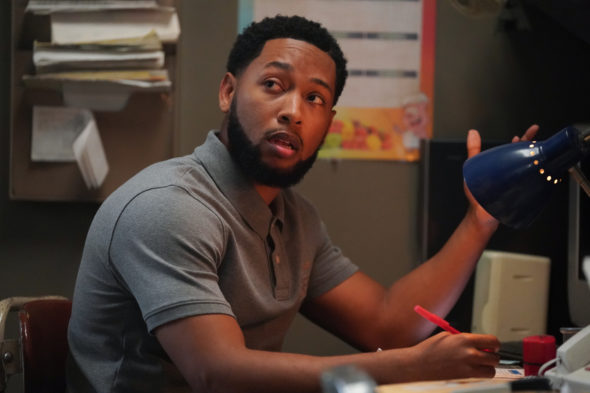 How long will this show from Lena Waithe continue? Has The Chi TV show been cancelled or renewed for a sixth season on Showtime? The television vulture is watching all the latest cancellation and renewal news, so this page is the place to track the status of The Chi, season six. Bookmark it, or subscribe for the latest updates. Remember, the television vulture is watching your shows. Are you?

The fifth season of The Chi averages a 0.07 rating in the 18-49 demographic and 204,000 viewers. Compared to season four, that’s down by 7% in the demo and down by 31% in viewership in the live+same day ratings (including DVR playback through 3:00 AM). While these numbers don’t include further delayed or streaming viewing, they are a very good indicator of how a show is performing, especially when compared to others on the same channel. There can be other economic factors involved in a show’s fate, but typically the higher-rated series are renewed and the lower-rated ones are cancelled. Find out how The Chi stacks up against other Showtime TV shows.

Will Showtime cancel or renew The Chi for season six? The series has been one of the channel’s most popular shows and comes from Lena Waithe. As long as she wants to continue making it, I think Showtime will renew The Chi. I’ll update this page with breaking developments. Subscribe for free alerts on The Chi cancellation or renewal news.

What do you think? Do you hope that The Chi TV show will be renewed for a sixth season? How would you feel if Showtime cancelled this TV series, instead?

I absolutely love this series we need more good tv and if it were canceled it would piss me off because I get so tired of good television shows being canceled we’re not lasting but a couple seasons and then The Simpsons and all these other shows stay on forever and they’re so stupid and an absolute insult to someone’s intelligence so I hope that “CHI” is here to stay. ❤️

I totally agree with Shauna. The Chi has been an excellent show to watch. I’m 75 and love it. You just can’t leave us up in air with so much drama at the last episode of season 5. It’s so well written and the actors are all amazing.
Please bring back season 6 Showtime or I just might cancel my Subscription.