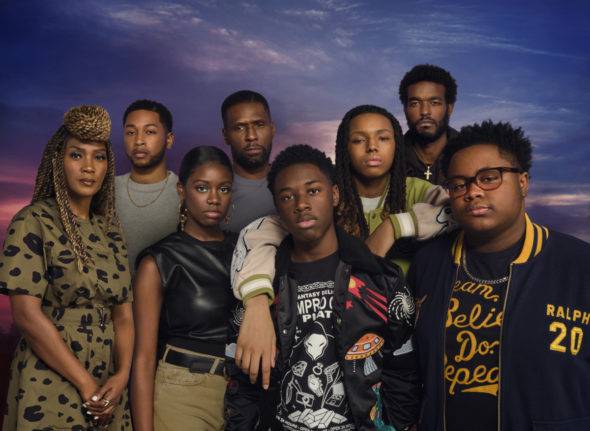 Is this story close to the end? Has The Chi TV show been cancelled or renewed for a fifth season on Showtime? The television vulture is watching all the latest cancellation and renewal news, so this page is the place to track the status of The Chi, season five. Bookmark it, or subscribe for the latest updates. Remember, the television vulture is watching your shows. Are you?

Airing on the Showtime cable channel, The Chi was created by Lena Waithe and stars Jacob Latimore, Alex Hibbert, Yolonda Ross, Shamon Brown Jr., Michael V. Epps, Birgundi Baker, Luke James, and Curtiss Cook. Guests include Kandi Burruss, La La Anthony, Tabitha Brown, and Jason Weaver. The story is a timely coming-of-age story centering on a group of residents on the South Side of Chicago who become linked by coincidence but bonded by the need for connection and redemption.

The fourth season of The Chi averaged a 0.08 rating in the 18-49 demographic and 298,000 viewers. Compared to season three, that’s down by 42% in the demo and down by 25% in viewership. Find out how The Chi stacks up against other Showtime TV shows.

Will Showtime cancel or renew The Chi for season five? The series has been one of the channel’s most popular series. My sense is that, if Waithe and company want to keep making it, the show will be renewed for year five. I’ll update this page with breaking developments. Subscribe for free alerts on The Chi cancellation or renewal news.

8/3/21 update: The Chi has been renewed for a fifth season on Showtime.

What do you think? Are you glad that The Chi TV show has been renewed for a fifth season? How would you feel if Showtime had cancelled this TV series, instead?

I would love season 5 of the chi

The writer’s pretty much ended the show when they killed off Ronnie, right after he saved Keisha. I knew instantly that, that was a blow that they might not be able to recuperate from. They lost a long list of significant characters, that their fanbase had a strong connection with. Brandon was understandable, but along with him Jericka, later Reg, Ronnie, and a bunch of smaller characters. They acted as if they wanted it to end. Had they made better decisions, they would’ve been around to see season 10.

Do not cancel the chi please. I love this show.

Please bring back the Chi for season 5. It’s such a realistic portrayal of life in urban cities.
All the people I know who watch it want more.
Lena got it going on!
I give it too ratings!

PLEASE bring “The Chi” back for a season 5. I absolutely love the series it caught my attention from the first episode and I am now hooked. Thumbs up 5 star rating from from me.

My wife and I are are big fans of the show but we feel that the storyline has lost credibility and departed from reality like “Duda” for instance and his character as a thug mayor is sort of unbelievable along with the open marriage thing. It’s strayed too far out to left field and it needs to come back to the uniqueness of it’s Chicago flavor!

I want the chi to return for season 5!!
It’s a pretty entertaining show. The characters are so relatable.

I watched every season and all episodes. It was in 48 hrs. It was reality warm funny and heart breaking. I’m a cancer survivor. It hit home. Please bring it back for a 5th season.