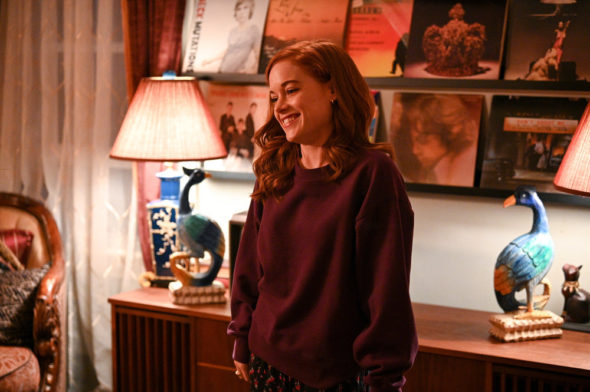 Zoey’s Extraordinary Playlist fans are getting their first look at the upcoming Christmas movie. The cancelled NBC series has been revived with a Christmas film on the free Roku Channel and it will be released on December 1st. While this could be the end for the characters, the door is open for additional installments.

Creator Austin Winsberg said, “I am so extremely grateful to The Roku Channel for helping us get Zoey to sing again. I can’t think of a more appropriate time to hear someone’s heart song than the holidays. And Zoey’s Extraordinary Christmas will be an opportunity to provide the fans and new viewers alike a chance to all tap their toes and get in the holiday mood. This show has always been about empathy, compassion, and the triumph of the human spirit. The Roku Channel has sure lifted mine and I hope that our film can have the same effect on viewers everywhere… ”

The first two seasons of Zoey’s are already available to stream for free on Roku. Check out the preview for the upcoming film below.

What do you think? Are you excited to see the return of Zoey’s Extraordinary Playlist this holiday season?

I’m excited for the Holiday show…. But I’m extremely disappointed that the show was not renewed! we looked forward to watching Zoey every week and never even considered that it wouldn’t be renewed. Sure it could be sappy at times, but the characters were great…. And it just made me feel better. Right now we really need a uplifting show like Zoey to make us forget about how serious life can be. I really hope someone picks this show up. The drama and comedy aspects of the show are just as important as the music. Shortening some of the song… Read more »

I’m looking forward to the special as I was very disappointed the series was cancelled. I was frustrated to read it might resume on Netflix, which I don’t subscribe to and can’t afford. Besides, I wouldn’t even have time for its many programs that I’d be interested in with everything I already watch anyway.
I really wish it had been picked up by one of the many channels I already get. Since that’s not happening, at least a Christmas special will be fun—better than nothing.

Very excited! Can’t believe the show was ever cancelled. Will I need to subscribe to Roku streaming to see it, and pay again to rent it as well? If so, I’ll have to pass. Like so many others, it’s not something I can currently afford.

The Roku Channel is free.