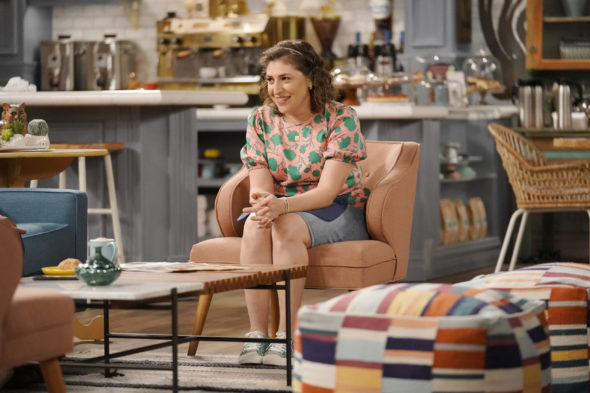 Call Me Kat is having a familiar face visit in the upcoming third season of the FOX sitcom.  Parker Young — who starred in the recently cancelled United States of Al comedy on CBS — will appear on an episode playing a man that Kat (Mayim Bialik) becomes infatuated with in her quest to become a mother.

The third season will pick up as Kat returns from her trip around the world, per TV Line. Young will appear on the fourth episode of the season, set to air on October 20th.

Call Me Kat returns to FOX on September 29th.

What do you think? Are you excited about the third season premiere of Call Me Kat on FOX?

Please renewed boost ratings so funny and happy so great cast too. Look forward to seeing it every Thursday night comedy so good sitcom.

This show is okay, but the laugh track makes it unbearable. Sometimes when there’s nothing much on, I mute the program and read the subtitles. Then I don’t have to mock the laugh track, when it isn’t funny at all.

Hey this show needs all the help they can get. Without laugh tracks the show really stinks