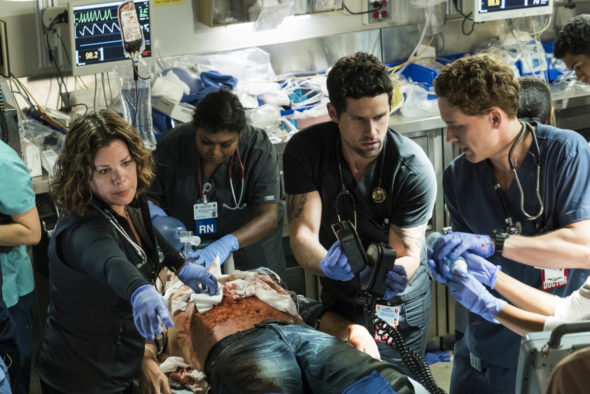 it is a great show why cancel please bring it back

watched from the beginning, best show on tv, very upset with cbs .

This show absolutely NEEDS renewal. I watch “Chicago Med” and “The Resident” and enjoy them, but CODE BLACK easily beats them. Overall, the cast is better and Marcia Gay Hardin and Luis Guzman are the best, certainly better than Oliver Platt and Bruce Greenwood. If these two shows, plus “The Good Doctor” were renewed, CODE BLACK should also. Plus the time frame for CODE BLACK airing, during spring and summer, also cuts down on viewing. Besides, I don’t give a hang about whose a “hottie” or what the younger set does, I’d like to see networks give some credence and… Read more »

SUZANNE A.
Reply to  Will Cothran

Thank you for writing this – I completely agree.

Joyce
Reply to  Will Cothran

What a wonderful comment! I am in total agreement. All the other medical shows pale in comparison to Code Black. Please renew!

Another on the edge of your seat show, keep this one going.

Please do not cancle this show, my husband and I enjoy this show , so much it’s interesting,

Code Black was one of top 5 TV shows! No, it should not have been cancelled. It is the only CBS show we watched.

It is so rare to have a show of this caliber on network television. Cancelling this show is a great injustice to quality television. When you compare it to many of the shows retained for another season it just doesn’t make any sense. Please rethink your decision to cancel this great drama and let all of its many loyal fans enjoy, at the very least, another season.

Will Cothran
Reply to  Dennis

please have someone pick up this show. I love it.

Code Black is one of the best shows on TV! With its high ratings CBS would be doing a very ludicrous thing to cancel it and will loose many viewers over it.

Love this show!! One of the best shows on!! Would rather see it than Murphy Brown or some of the dumb programs you are bringing back!!

Code Black have a lot of viewers . CBS would be fools to not to bing Code Black back.

Please put Code Black back on the schedule, please.