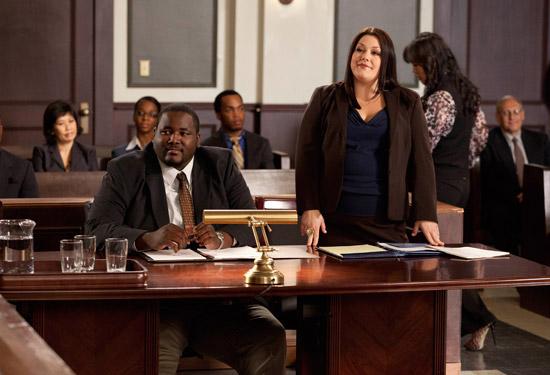 It looks like the fans have won. Lifetime and Sony have worked out a deal for season five of Drop Dead Diva. The cable series was cancelled less than two months ago.

Following the cancellation, series creator Josh Berman said that he was remaining hopeful that a new home could be found for the series. He was keeping busy writing scripts and thinking about future guest stars.

According to Deadline, Lifetime had said that they were open to reconsidering their decision to cancel the show if Sony TV could come up with a new financial model. Apparently a deal was worked out that could work for both sides.

There’s no word yet on how many episodes of Drop Dead Diva have been ordered, when they’ll go into production or air.

This is the fourth time that Sony TV has been successful in reviving cancelled TV shows — Unforgettable on CBS, Breaking In on FOX and Damages, which moved from FX to DirecTV.

What do you think? Are you glad to hear that Drop Dead Diva has been saved? Do you think this will or should be the final season?

WOW!!! I am so glad they brought this show back. Loved It.

I am so glad they decided to bring it back! Love this show way more than I should! Lol 🙂

Sooooo happy it’s back! We need many more seasons!!!

One of my most favoritest shows on tv so glad it is not getting cancelled and will coming back on my tv. Especially with the way they left the 4th season finale. Amazing show

Doing a happy dance!!! One of the best shows on TV! So happy it’s returning!

SO glad DDD is coming back. I look forward to it every summer! Jane is the best.

So very glad had a change of hearts. This is a great show.thank you.

I LOVE THIS SHOW! I am so glad that it was uncancelled! The characters are sharp, funny, smart and witty. Jane is beautiful, smart and hilarious! Looking forward tot he new season.

So glad that Drop Dead Diva will return. It is the best “lighhearted” show on the air. No stupidity here. The writting is very consistent. I definitely “root” for all of the characters, unlike The Good Wife.

good show, glad it isn’t cancelled. a good mix of humor, romance, adverture. stacy is a hoot (i think that is her name, the blonde)

So very happy DDD is coming back, I love this show!!!!

I hope it doesn’t get cancelled because other than Army wives or the client list the other shows on lifetime really stink those are the only two I currently still watch on lifetime. I used to watch drop dead diva along with every other female in my family. Please don’t cancel the show it’s one of the few that are great and I look forward to watching every week it comes on. I personally think if lifetime continues to get shows like they currently have they could lose viewers. Just my opinion. Thank you for your time.

Love this show.Glad it will be back