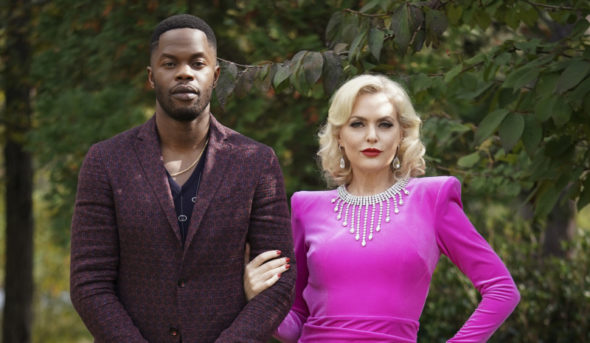 What’s ahead for this billionaire family? Has the Dynasty TV show been cancelled or renewed for a fifth season on The CW? The television vulture is watching all the latest cancellation and renewal news, so this page is the place to track the status of Dynasty, season five. Bookmark it, or subscribe for the latest updates. Remember, the television vulture is watching your shows. Are you?

Airing on The CW television network, Dynasty stars Elizabeth Gillies, Daniella Alonso, Elaine Hendrix, Rafael de la Fuente, Sam Underwood, Michael Michele, Robert Christopher Riley, Sam Adegoke, Maddison Brown, and Adam Huber, with Alan Dale, and Grant Show. A reboot of the 1981 drama series, this show centers on the wealthy Carrington family and their energy empire which they must defend against the Colbys and other adversaries, as well as from each other. In season four, bonds will be forged and broken and friendships will be tested when they head down a darker path than expected. The road ahead is filled with betrayal, extravagance, and deception for our favorite billionaire family. There’s always someone lurking around the corner ready to destroy a Dynasty.

The fourth season of Dynasty averaged a 0.05 rating in the 18-49 demographic and 243,000 viewers in the live+same day ratings. Compared to season three, that’s down by 53% in the demo and down by 32% in viewership. Find out how Dynasty stacks up against other CW TV shows.

We don’t have to wonder if The CW cancel Dynasty this time around. The network renewed Dynasty for a fifth season ahead of its season four debut. I’ll update this page with breaking developments. Subscribe for free alerts on Dynasty cancellation or renewal news.

What do you think? Are you glad that the Dynasty TV show has been renewed for a fifth season? How would you feel if The CW had cancelled this TV series, instead?

Glad get renewed another season look forward every episode on air right now so good soap opera. Enjoy it and love it.