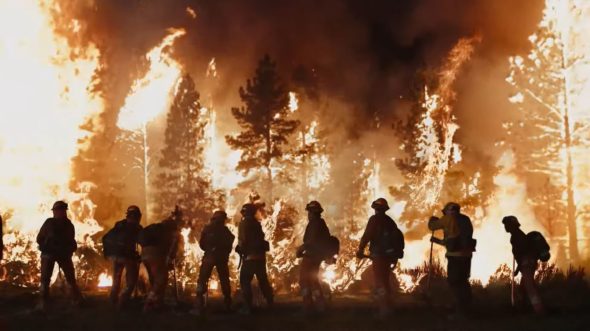 The Tiffany network has released its plans for the upcoming 2022-23 television season. Several new shows are on the way and CBS has released trailers for four of them — East New York, Fire Country, So Help Me Todd, and True Lies. Three will launch this fall while the fourth, True Lies, is being held for midseason. Fall premiere dates will be announced this summer.

A police drama series airing on Sunday nights, the East New York TV show stars Amanda Warren, Jimmy Smits, Ruben Santiago-Hudson, Kevin Rankin, Richard Kind, Elizabeth Rodriguez, Olivia Luccardi, and Lavel Schley.  At the center of the story is Deputy Inspector Regina Haywood (Warren), the newly promoted boss of the 74th Precinct, in East New York. It’s a working-class neighborhood on the edge of Brooklyn in the midst of social upheaval and the early seeds of gentrification. With family ties to the area, Haywood is determined to deploy creative methods to protect her beloved community with the help of her officers and detectives. But first, she has the daunting task of getting them on board, as some are skeptical of her promotion, and others resist the changes she is desperate to make. <!–more–>

An action-drama airing on Friday nights this fall, the Fire Country TV series stars Max Thieriot, Billy Burke, Kevin Alejandro, Diane Farr, Stephanie Arcila, Jordan Calloway, and Jules Latimer. Bode Donovan (Thieriot) is a young convict seeking redemption and a shortened prison sentence. He joins an unconventional prison release firefighting program in Northern California, where he and other inmates are partnered with elite firefighters to extinguish massive, unpredictable wildfires across the region. It’s a high-risk, high-reward assignment, and the heat is turned up when Bode is assigned to the program in his rural hometown, where he was once a golden all-American son until his troubles began.

A Thursday night legal drama, the So Help Me Todd TV show stars Marcia Gay Harden, Skylar Astin, Madeline Wise, Tristen J. Winger, Inga Schlingmann, and Rosa Arredondo. The story follows razor-sharp attorney Margaret Wright (Harden) and Todd (Astin), her talented but aimless son whom she hires as her law firm’s in-house investigator. As the black sheep of the Wright family, Todd is a laid-back but quick-thinking former private detective who fell on hard times after his flexible interpretation of the law got his license revoked. Margaret’s penchant for excellence and strict adherence to the law is at complete odds with Todd’s scrappy methods of finding his way through sticky situations: by the seat of his wrinkled pants. When Todd inadvertently teams with his mother on a case, she’s surprised to find herself duly impressed by (and proud of) his crafty ability to sleuth out information with his charm and his wide-ranging tech abilities.

Based on the James Cameron action-comedy movie of the same name, the True Lies TV series is expected to debut in early 2023.  It stars Steve Howey, Ginger Gonzaga, Erica Hernandez, Omar Miller, Mike O’Gorman, Annabella Didion, and Lucas Jaye.  The show follows Harry (Howey), a first-class international spy for U.S. intelligence agency Omega Sector, and his wife, Helen (Gonzaga), a language professor who is bored with her daily routine. She makes the shocking discovery that her seemingly ordinary husband is leading an extraordinary double life. With the secret out, Omega recruits Helen, who impresses everyone with her formidable skills and she joins Harry and his team of top-notch operatives, embarking on covert missions around the globe and an exhilarating life of danger and adventure.

What do you think? Do you plan to watch any of these new CBS shows during the 2022-23 television season? Do you think any of them will be big hits or quick flops?

The uploader has not made this video available in your country