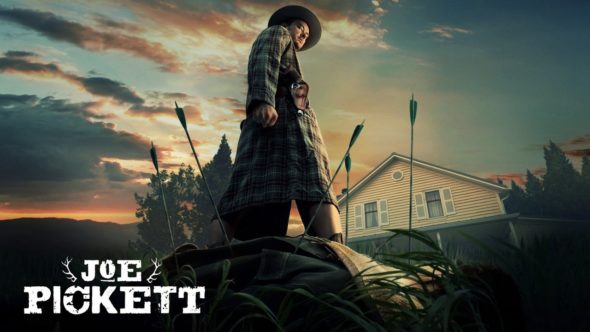 Joe Pickett is adding to its cast for season two. Keean Johnson is joining the cast as a series regular, and three recurring cast members – Vivienne Guynn, Chad Rook, and Aadila Dosani – have been promoted to series regulars. Michael Dorman stars in the drama series which follows a game warden and his family as they cope with changes in their small town.

Deadline revealed that Johnson will play “Luke Brueggeman, Joe Pickett’s new Game and Fish trainee. Luke is a wide-eyed, lovable screwup who often acts as Joe’s comedic sidekick. Luke has a motormouth, an aversion to horses – and an unconventional method for corralling drunk elk.”

The following was also revealed about the newly promoted cast members:

“Guynn plays April Keeley, a shy, sensitive, and thoughtful foster daughter whose mother abandoned her after her father was killed in Season one. Rook, who also starred in Resident Evil: Welcome to Raccoon City, plays Deputy McLanahan, a blundering sheriff’s deputy with a huge ego who relishes razzing Joe. Dosani, who starred in The CW’s Nancy Drew, plays Cricket, a quirky, underdog sheriff’s deputy who falls for a fugitive of the law.”

Joe Pickett was renewed for a second season earlier this year, and Spectrum Originals will announce a return date for the series at a later date.

What do you think? Are you excited to see more of Joe Pickett on Spectrum?

Great acting. I’ve read as many of the book series as I can find. Looking forward to season 2

I Loved the Joe Pickett Series and I am happy to see it return. Despite not knowing virtually any of the actors previously, they have been superb! I really hope this series lasts for many more seasons.

So glad to see that Joe Pickett will have a 2nd season. I loved it, need more