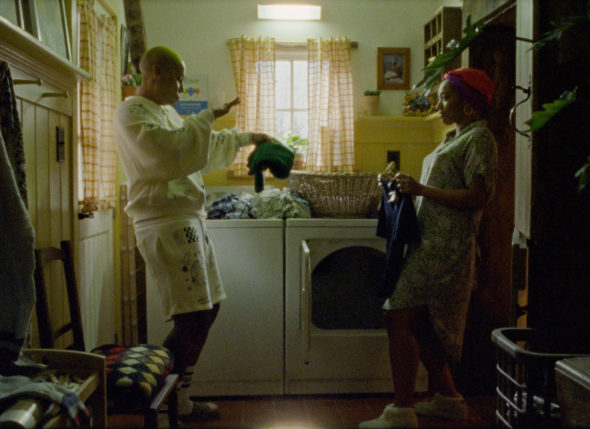 Master of None is ready for its return to Netflix with its third season. However, the series from Aziz Ansari will have a brand new focus for its upcoming episodes. After focusing on Ansari’s character for the first two seasons, season three will focus on the relationship of Denise (Lena Waithe) and her partner, Alicia (Naomi Ackie).

H. Jon Benjamin, Eric Wareheim, Noël Wells, Kelvin Yu, Fatima Ansari, and Shoukath Ansari also star in the series. Season two was released in 2017. Per The Hollywood Reporter, Master of None’s return was delayed by the pandemic and Ansari’s personal issues with sexual misconduct allegations. There will be just five episodes this time around.

Netflix revealed more about the third season of Master of None in a press release.

“The Emmy Award-winning MASTER OF NONE returns with a new season that chronicles the relationship of Denise (Emmy Award winner Lena Waithe) and her partner Alicia (BAFTA winner Naomi Ackie). Directed by series co-creator and Emmy winner Aziz Ansari, and scripted by Ansari and Waithe, this new season is a modern love story that intimately illustrates the ups and downs of marriage, struggles with fertility, and personal growth both together and apart. Fleeting romantic highs meet crushing personal losses while existential questions of love and living are raised.”

Master of None will return to Netflix on May 23rd. Check out the trailer for the return of the series below.

What do you think? Are you a fan of Master of None on Netflix? Are you excited for season three?

First 2 seasons are in my top 10 list of all times. but this.. why? why do you have to ruin everything? I watched it because I appreciate Ansari’s talent. If you want to build a show around other characters, give them their own show ffs, but don’t touch the good stuff.