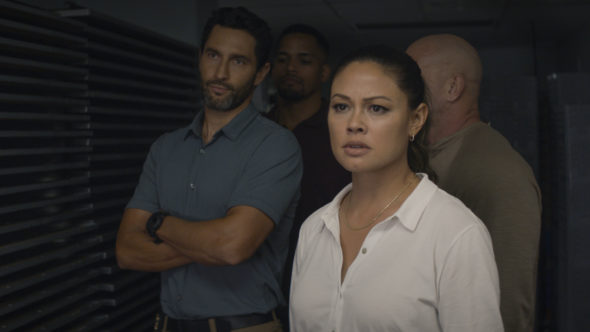 Jane and her team have their hands full in the second season of the NCIS: Hawai’i TV show on CBS. As we all know, the Nielsen ratings typically play a big role in determining whether a TV show like NCIS: Hawai’i is cancelled or renewed for season three. Unfortunately, most of us do not live in Nielsen households. Because many viewers feel frustrated when their viewing habits and opinions aren’t considered, we invite you to rate all of the second season episodes of NCIS: Hawai’i here.

What do you think? Which season two episodes of the NCIS: Hawai’i TV series do you rate as wonderful, terrible, or somewhere between? Do you think that NCIS: Hawai’i should be cancelled or renewed for a third season on CBS?

Poor, cliche writing with the same dopey blow-everything-up plots as the HAWAII 5-0 redux. Stock-standard characters which could show up on any of these fake Federal Cop shows. Weak acting, weaker direction. And the attempt at inserting Hawai’ian “culture” is an insult to everyone living in the Islands. NCIS was a solid, well-written, compelling show. Each new “NCIS” has watered down the franchise. Watching reruns of the REAL Hawai’i 50 or Selleck’s MAGNUM P.I. is the way to go. CBS should put this show out of its misery.

Only watched the show, because of the crossover.