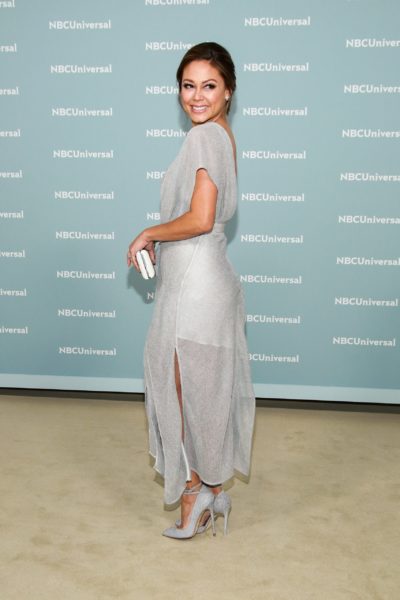 NCIS: Hawaii now has its lead — Vanessa Lachey will lead the CBS series. Yasmine Al-Bustami and Jason Antoon have also been cast in the new show which will debut during the 2021-22 broadcast season.

Deadline revealed more about Lachey’s role on the CBS series:

“Lachey’s Jane Tennant is as diplomatic as she is hard-charging. A woman in a male-dominated profession, she’s thrived in a system that’s pushed back every step of the way through equal parts confidence and strategy. But Tennant is more than just a job and a title. She’s a mother raising her kids mostly on her own. Like any parent who loves their career and their family – she’s a master juggler – balancing the duty to both her children and her country.”

Al-Bustami and Antoon will both play members of her team. This is the first time a woman has been the head of the NCIS: Hawaii office.

A premiere date has not yet been set for the series.

What do you think? Are you a fan of the NCIS franchise on CBS? Do you plan to watch NCIS: Hawaii once it arrives?

I enjoy NCIS L.A., but do not like the new members of the team. I loved Hawaii 5 O and I don’t think this cast will make the show last. Either of the women on Big Sky would have been great. I will keep an open mind and give it a watch.

Not crazy about the cast the location is great

very disappointed! thought maybe scott bakula would get it since ncis new orleans was cancelled it’s a great show and great cast.

Very happy with the NCIS franchise and will be adding the show to my viewing this new addition to my entertainment.

The actors do not appeal to me. Not interested.

Without Dwayne Pride and crew it won’t be the same and I won’t be watching it..the actors don’t really appeal to me

I think it is not right that CBS cancelled NCIS:NO. They can add a new one but leave the old o as alone. New Orleans is an AWESOME show. Shame on CBS for cancelling.

I had watched the 3 NCIS programs up to now. The New Orleans one was my favorite but they decided to take that one away. Why? Is it because it was filmed in the south? That location was the best and more realistic. I’m not warming up to the new one coming up.

I will watch. CBS has stuck two of the NCIS series on Sunday evening and they seem to always run late because of the sports that are on Sunday. Working people have to go to bed early for work the next day. I hate to see any of them go.

Hell yes l’m going to watch NCIS Hawaii!!! I have thoroughly enjoyed the NCIS franchise my most recent favorite has been NCIS New Orleans I still watch the reruns as if I am watching them for the first time.

Not a strong enough lead – I would be surprised if this lasts past one season.

Love all NCIS programs…watch regularly..this new one coming for Hawaii..never happens the cast do not interest me..just not connecting ..sorry but I will continue watching the other NCIS even the reruns

I’m disappointed they didn’t consider other actors. I’ll give it a shot but I’m afraid it’s going to be a letdown like Magnum PI.

I would like to have New Orleans stay on. Don’t think I would like the new one put will probably try it. Why do you think casting a lead women would get more viewers. That don’t mean it will be better. May try it. I like New Orleans