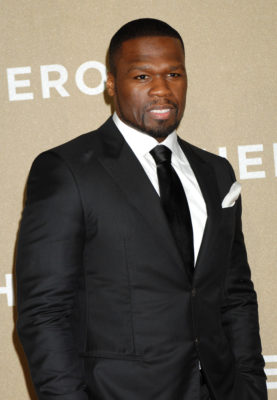 The Power franchise may soon leave Starz. Curtis “50 Cent” Jackson is behind the successful franchise, and the actor/rapper/producer posted about his unhappiness with the cable channel after the Hightown series was renewed while the fate of Power Book IV: Force remains up in the air.

Per THR, Jackson said the following about his feelings about the network in a post on social media:

“This is me packing my stuff, Starz. Sucks, my deal is up over here I’m out. They renewed Hightown and Force is the highest rated show they have sitting in limbo. If I told you how much dumb s**t I deal with over here.”

Jackson’s four-year deal with Starz is up in September, and the cable channel said that it is working on a new deal with Jackson because they want “him to remain with the company for years to come.” THR notes that Jackson has received calls from several other outlets interested in making deals with him.

Power Book IV: Force is currently airing on Starz on Sunday nights and the drama is one of the channel’s highest-rated shows. The season finale airs on March 27th.

What do you think? Would you watch the Power franchise on another channel? Are you hoping that Force will be renewed on Starz?

You need to bring Ghost to the series.

Over charge them and see are they cheap but I’ll leave because they’re other channels that will be glad to have your brilliance the way you’re pumping all those joints out!!!!!!

If the Power series leave I’m cancelling my subscription!

Hell yeah I will follow the show on any network

The only reason we have Stars is Power Book IV: Force And Raising Kane .

The only reason I decided to get starz is for Power in the beginning. I do like P Valley and BMF also. However, I would probably discontinue the station if the Power franchise was taking off.

Honestly the only reason I have Starz is for the Power franchise and Bmf. So if the shoes go off Starz then I cutting that station!!!!!