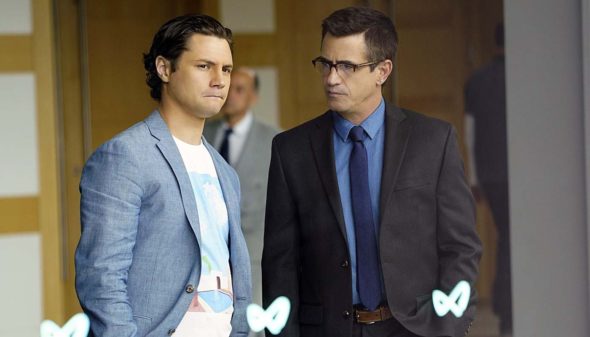 It doesn’t take a brilliant mind to have seen this coming. Today, it was revealed that CBS had officially cancelled Pure Genius after one season.

Early on, CBS decided not to order more episodes of Pure Genius, suggesting the show was headed for cancellation. Over the course of its first season, the series earned pretty low ratings, averaging a 0.86 in the 18-49 demo and only 5.34 million viewers.

What do you think? Did you see Pure Genius? Do you think CBS should’ve renewed it for a second season?

I can not believe that CBS have not commissioned another series… the storyline and characters were excellent. If this series failed it’s because it was not promoted enough…. I only came across it by chance on Sky Box Sets after never ever hearing of it. So come on CBS, have some faith and give us some more!

Best series ever!! I really think it should be renewed..love the characters story plot and everything about it!!

It seriously figures the only real solid series I have seen on TV besides star and empire, gets canned first season? That just goes to show how terrible tv is now and how easily entertained/brainwashed people have become. Long story short, pure genius was amazing, truly amazing, and it was a embarrassment how poorly it was advertised and or scheduled, if more people new about it and it didn’t have a terrible timeslot, it wold have done really well I think. Very very solid plot with solid actors also

I loved the show pure genius.I can’t believe that there won’t be a second season.

I was definitely disappointed that Pure Genius was cancelled. I like mysteries of many kinds and these were medical mysteries that needed solving. The show held my attention.

Was just checking as to why our show wasn’t recording…even called Dish…only to find out the show was cancelled. Very disappointing, my husband was starting to get involved in the show. That is why I had to record it, so we could watch it together. What a shame.

My wife and I are very disappointed Pure Genius was cancelled. This was a wholesome, uplifting thinking persons show. I spent 30 years in healthcare, and Pure Genius handled many important and controversial issues with sensitivity and great perception. It was a clean and wholesome look at what the brightest minds in healthcare and science might do in situations where there is no hope but prayers for a Hail Mary miracle. Its a shame to see so much trash passing as great TV when a show like Pure Genius is cancelled.

Please bring back Pure Genius. My family and I really enjoy the show. It’s very informative and has so many humanistic situations that can remind us all how very precious life is and how much it should be treasured! The show gives us all a peek into others lives and how blessed so many of us are being healthy and sound. There is such empathy for those who are fighting their own horrid battles and how many people surrounding them can affect them and the situation they are in. Please allow the show to return. We all need reminders of… Read more »

Lesley Powell please bring back Pure Genius. My Husband and I really enjoyed this series. Considering some of the rubbish they have on TV theses days. This program was a pleasure to watch.

I am so upset there will not be a season two…. For once a clean no swearing, violence, what a pleasure…. The story line is great, and gives one hope for medicine and genius’s like this show projects… I really hope they will reconsider doing further episodes….. PLEASE, PLEASE, PLEASE…….

I loved this show. It really put a modern twist on today’s medical technology. The characters were perfect in their roles and I’m really going to miss it. We needed a show like this to keep our minds off today’s issues.

My husband and I loved Pure Genius.It had a very positive message and human kindness above and beyond.Wish it would come back.

I will miss Pure Genius. I thought it was thought provoking and well cast.
People may have been expecting “House” which this was not.

Loved this show. Definitely should not be cancelled. Darn!!!!

Seriously with all the mindless drivel and reality junk that passes as hit shows on TV today it is no wonder some of us worry about the future of the world. CBS says it is aiming for the 18-49 audiences. I cannot believe our youth is that vapid. This was a well written show and showcased several thought provoking theories. I will miss it.