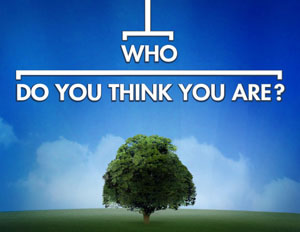 I was a huge fan of this show and am very disappointed that it’s been cancelled. This was a show that you could sit down and watch with the whole family. There’s no quality tv shows left anymore.

refreshing show and something that i thought should have been seen by all> very educational and interesting to watch. maybe instead of all famous people you should throw in regular folks also. really hope it returns

I found who do you think you are just a few weeks ago. this is one of the refreshing show on
t.v. . television needs to quit copying old shows and put new ideas on t.v.. I very much enjoyed this show and I would give it a 10……..
Notation: (RENEW THIS SHOW AS SOON AS POSSSIBLE)

Great show. I loved it.

I find it hard to believe the networks keep cancelling good shows —- This being one of the best—- and leaving on shows of lesser quality and questionable content. No wonder people over their 20’s are not watching TV anymore. I have been researching my family history for over 5 years and this show has shown me ways to get info I didn’t know about even when using Ancestry.com. This is a travesty.

Who Do You Think You Are? ratings | canceled or renewed TV shows | TV Series Finale

[…] UPDATE: NBC has cancelled Who Do You Think You Are? after three seasons. […]

I love this show and look forward to it each week. It is terrible to lose a program with such quality. I learned so much each week about the celebrity,as well as the history of the US and other countries. I hope another station picks it up. Thanks Lisa Kudrow for 3 excellent seasons.

[…] Who Do You Think You Are? (NBC) Airing on Friday nights, this feel-good genealogy program lasted for three short seasons. […]

Another great NBC show cancelled and indicative why NBC continues to fail gaining viewers. They will once again be behind CBS. If I was an advertiser I would go elsewhere.

HOW COULD THEY . I love this show .

its my favorite show i have two dvds season 1 and season 2 check amazon.com

An absolute favorite of mine – good family viewing and what does NBC do – they CANCEL IT. What are you thinking?

So we now will get more murder, rape, violence, guns instead.

Are they kidding??? I have never missed this show, and was expecting MORE episodes/seasons this year (like summer shows and such) NOT cancelation??? I don’t know anyone who doesn’t watch and love this program. What could possibly be better than this to garner replacing it? Sheesh! Funny, I was just arguing about blocking NBC from our cable (over the fact that I do plan to block the channel during the full run of the Summer Olympics as I won’t give them even one second’s viewing in my household just for ruining television for 2 weeks every couple of years) But… Read more »

PROVO, Utah, May 13, 2012 (GLOBE NEWSWIRE) — Ancestry.com Inc. (Nasdaq:ACOM), the world’s largest online family history resource, today commented on NBC’s decision not to renew the Who Do You Think You Are? television series for a fourth season. “We want to thank NBC for their support of this terrific series, which over the last three years has inspired many viewers to follow their passion to learn more about who they are and where they come from,” said Tim Sullivan, President and CEO of Ancestry.com. “We have a great partnership with the show’s producers, Is or Isn’t Entertainment and Shed… Read more »

I sure do hope another network picks this one up – this is a travesty.