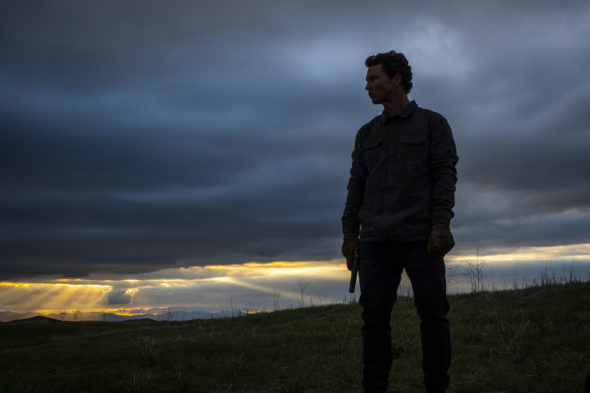 What’s ahead for the Cody boys now? Has the Animal Kingdom TV show been cancelled or renewed for a sixth season on TNT? The television vulture is watching all the latest cancellation and renewal news, so this page is the place to track the status of Animal Kingdom, season six. Bookmark it, or subscribe for the latest updates. Remember, the television vulture is watching your shows. Are you?

Airing on the TNT cable channel, Animal Kingdom stars Shawn Hatosy, Ben Robson, Jake Weary, Finn Cole, Sohvi Rodriguez, Leila George, and Jon Beavers. The story revolves around the Cody crime family who has now lost its matriarch. In the fifth season, Pope (Hatosy), Craig (Robson), Deran (Weary), and J (Cole) are still dealing with the fallout from the events surrounding Smurf’s death, including family members out for revenge. With their kingdom without a leader, the Codys struggle to maintain their fragile alliance and to see which of them will come out on top. Meanwhile, they search for more information on Pamela Johnson whom Smurf made the beneficiary of her estate. And back in 1984, an increasingly volatile 29-year-old Smurf is forging her own path raising Pope and Julia and leading the charge on dangerous jobs with new and old friends.

The fifth season of Animal Kingdom averages a 0.22 rating in the 18-49 demographic and 977,000 viewers. Compared to season four, that’s down by 33% in the demo and down by 20% in viewership in the live+same day ratings (including DVR playback through 3:00 AM). While these numbers don’t include further delayed or streaming viewing, they are a very good indicator of how a show is performing, especially when compared to others on the same channel. There can be other economic factors involved in a show’s fate, but the higher-rated series are typically renewed and the lower-rated ones are cancelled. Find out how Animal Kingdom stacks up against other TNT TV shows.

We don’t have to wonder if TNT will cancel or renew Animal Kingdom. The cable channel has already renewed the crime drama for a sixth and final season. Could the show be revived someday? I’ll update this page with breaking developments. Subscribe for free alerts on Animal Kingdom cancellation or renewal news.

What do you think? Are you glad that the Animal Kingdom TV show has been renewed for a sixth and final season? How would you feel if TNT had cancelled this TV series, instead?

Yes love the show I watch only online not tv so I dont get the updates. Was surprised to see s5 e1. I am looking forward to see what happens. Love the cast, Elene Barkin is an all time favorite of mine. Will watch to the end of this show.