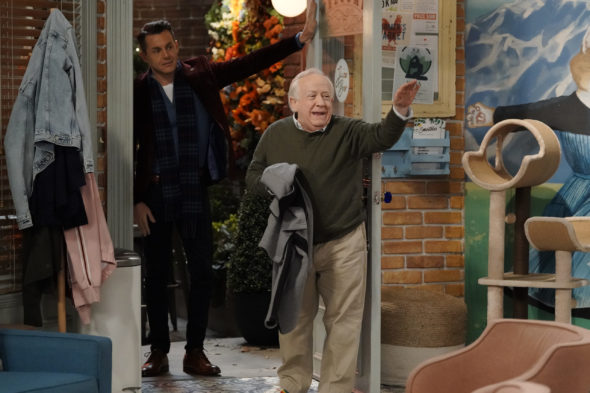 A familiar face is joining Call Me Kat for a special role. Vicki Lawrence (Mama’s Family, The Carol Burnett Show) is set to guest star on the FOX comedy series as the mother of Leslie Jordan’s character, Phil. Jordan died in a car accident last month. His last appearance on Call Me Kat is set to air on December 1st.

Deadline reports that Lawrence will portray Lurlene Crumpler. “Lurlene is a no-nonsense woman who fills in as the cafe’s baker while he’s on vacation.”

Executive producer Maria Ferrari said the following about her appearance on the FOX sitcom:

“Leslie’s death absolutely affected the storylines. We can exclusively confirm that Phil’s mother will be featured in an episode that we’re shooting right now. We cast Leslie’s friend Vicki Lawrence in the role.”

Another executive producer, Jim Patterson, spoke about the episode:

“The first person we thought of to play his mom— who is a character in and of herself— was Vicki Lawrence. They had that Cool Kids connection and she’s amazing and so funny. We mentioned it and, God bless her, she didn’t hesitate; she said yes right away. We know the spirit of Phil will certainly be with her. It’s going to be fun to have that character doing some of the same in-jokes we did when Phil was there.”

It is possible fans could see Lawrence appear in more episodes, but nothing has been planned yet.

What do you think? Are you excited to see Lawrence on Call Me Kat? Do you think that she could be a good addition to the regular cast?

Perfect decision. We will miss Phil very much, but this will I think help and add a lot of story.

Other than Vikki Being way 2 young to be Leslie’s mom. Hopefully she will do good. May be better to have made her an older sister. But, okay.
Unless they are going to age vicki. Which is possible.

Would be cheaper. To just made her a sister. So they wouldn’t have to pay for the makeup. Work.

dont forgetVicki Lawrence played Carol Burnetts mother when she much younger. I think it is a great choice.

Yes! Couldn’t have a better person and exactly what Leslie would have wanted! So heartbreaking, I just loved him!

Yeah! Couldn’t be a better choice. With Mayim and Vicky, it’ll be even better! Don’t let her get away!

EXCELLENT choice in casting Vicky. I sure miss Leslie.

I think Vicki will be perfect for the part. I hope she becomes a regular.

Love this! Great casting as she was Leslie’s real friend. So emotional knowing he is really gone. He is sorely missed, along with the sexual innuendo’s he uttered with delight.