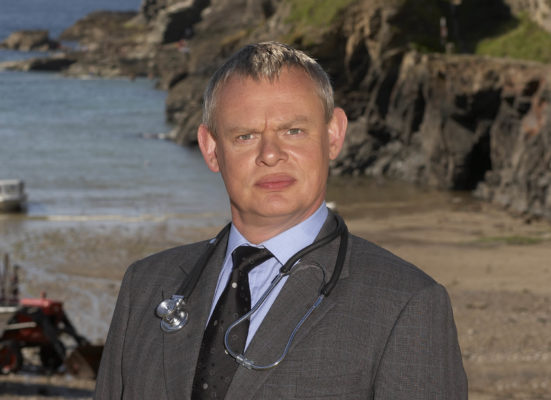 So sorry it will end with series 9. It’s a very funny show with good clean humour. The acting is great.

Loved watching this series, thought it ended years ago. What is ITV, can we see it here in USA?

Love this show, over the moon to have 2 more seasons. I guess with TV, all good things come to an end. boo hoo!

So every sorry that Dr Martin is ending. It’s such a pleasant show I get so tired of the Hollywood junk that the major network air. I subscribe and watch it on Acorn TV. Perhaps Amazon or Netflick could continue to produce it.

Why do they take of television shows that are good? And let the ones that are not that good stay.

I love Doc Martin. It is replete with people who are still polite, even when somewhat insulted. They do not beat each other, cuss, cry, scream, maim, mutilate, etc. I’m so sorry they are ending it.

I’m so sad that Dr. MARTIN is going to end.

We love this show so much! Can’t writers come up with more shananigans for doc and company!? Pleeeez!

I love watching Dr. MARTIN and the great cast. God bless. Wish that I could be apart of the last episode.

I would love to be apart of the last season. I haven’t seen any of the next episode on bbs.

Love doc martin, watched everyone so far and both the movies can’t wait to see season 9 sorry to hear it will be the last one can’t wait to follow all the hoopla that goes on with the show being made.

Love, love, love! So sad that I’ve watched all that Netflix has up to this point, and feel like something is missing in my life. Looking forward to the next go round. Great show!!

I love this show and have told many friends to watch. I see it on Netflix. Hate to see it be cancelled.

Please keep the show running! I live in California and there’s nothing on the tube like Doc Martin. It’s brilliant acting, comic story line and amazing scenery. Cheers

We are on our way to Port Issac aka as Port Wenn in Cornwall. Love the series and have watched it three times in last six months. Hollywood take note. This is what watchable tv should look like. Doc William Buss