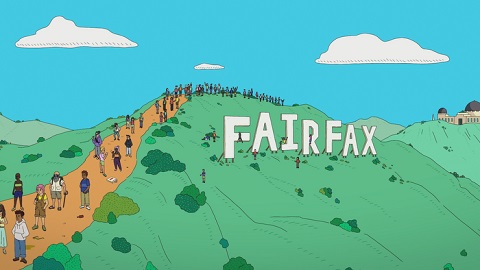 Fairfax is coming soon to Amazon Prime Video, and the streaming service has released new images, the premiere date, and the voice cast for the animated series. Eight episodes have been ordered for the first season.

Skyler Gisondo voices Dale, an earnest, outdoorsy kid from Oregon, who is new to Los Angeles. He loves his dad and his fanny pack, and with his cargo shorts and hiking boots, he’s the accidental poster child for normcore. Gisondo’s credits include Booksmart and The Righteous Gemstones.

Kiersey Clemons voices Derica, an aspiring model-slash-activist who is determined to save the planet in style. Clemons is best known for appearing in Hearts Beat Loud and The Flash.

Peter S. Kim voices Benny, a savvy sneakerhead on a mission for generational clout – right after he practices cello and walks the dog. Kim is best known as a writer on Fox’s Housebroken and was named a “New Face” at the 2021 Just For Laughs Comedy Festival.

Jaboukie Young-White voices Truman, a self-proclaimed “auteur” filmmaker and a budding Casanova. Young-White is best known for appearing in The Daily Show and Dating & New York.

Fairfax is an Amazon Original adult animated comedy series that follows four middle school best friends on their never-ending quest for clout on Fairfax Avenue in Los Angeles – the pulsing heart of hypebeast culture. Starring Skyler Gisondo, Kiersey Clemons, Peter S. Kim, and Jaboukie Young-White – and featuring the likes of Billy Porter, Zoey Deutch, Camila Mendes, Rob Delaney, Yvette Nicole Brown, Ben Schwartz, JB Smoove, John Leguizamo, and Colton Dunn, among others, in guest roles – this series is about the timeless struggle to be cooler than you are, to fit in while standing out, and what it feels like to wait in line for a pair of sneakers you’re never going to cop.

The series is created and executive produced by longtime friends Matthew Hausfater, Aaron Buchsbaum, and Teddy Riley. Additional executive producers include Jon Zimelis and Jason U. Nadler for Serious Business (@midnight); Peter A. Knight (Bojack Horseman); and Chris Prynoski, Ben Kalina, and Antonio Cannobio for Titmouse (Big Mouth). The artist Somehoodlum, who designed the characters for the series, serves as a consulting producer alongside the pop/internet culture clothing and media brand Pizzaslime.”

Check out the images for Fairfax below. 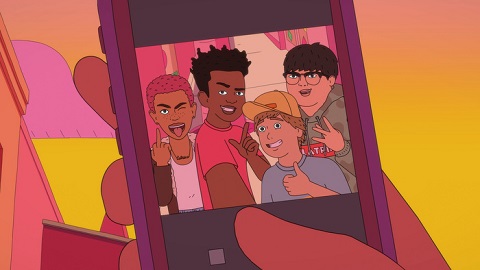 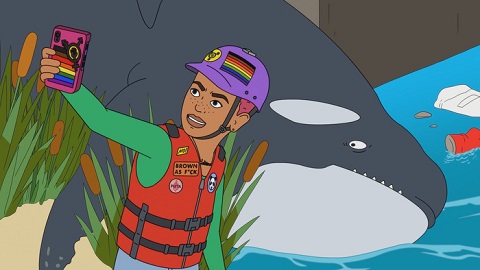 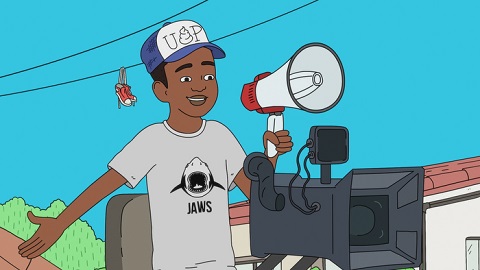 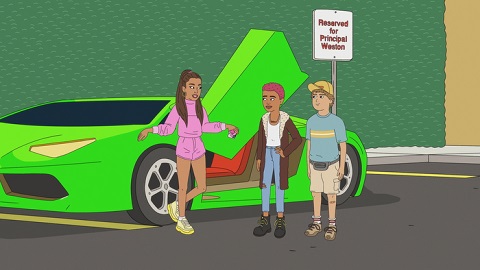 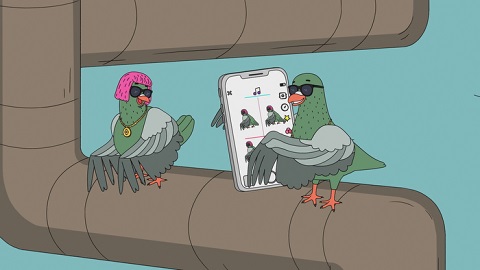 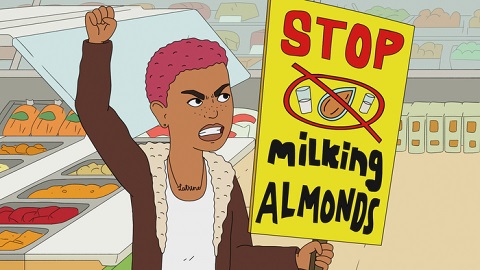 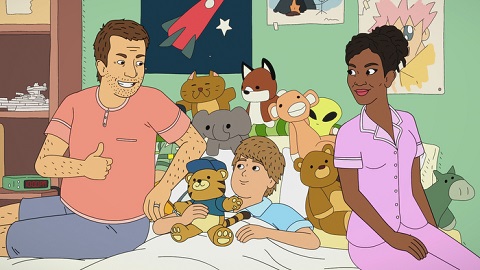 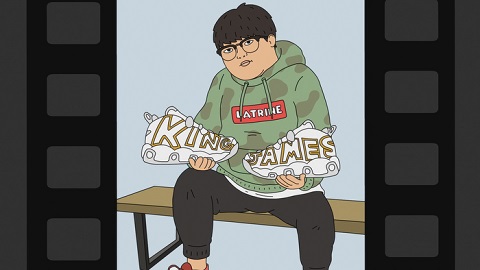 What do you think? Are you planning to check out Fairfax on Amazon next month?