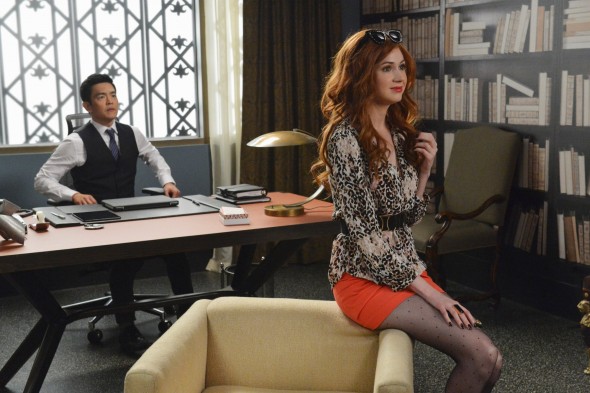 Thanks to low ratings, ABC cancelled Selfie and then pulled the new sitcom off the schedule. There are six episodes left unaired.

While the network hasn’t made an official announcement, Selfie creator Emily Kapnek tweeted, “Unofficially? All remaining episodes of #SelfieABC will soon be on Hulu, Hulu Plus & http://ABC.com Hugs to Peter Roth @warnerbrostv”

What do you think? Do you plan on watching the rest of the Selfie episodes? Would you rather see them on TV?

11/25 update: The eighth episode was released on Hulu today and additional installments are expected for the next five Tuesdays.

Yay! Glad we will be able to see them.

Why did they cancel I love that show

I am glad to hear that the rest of the episodes will be on Hulu.com. That is where I watch the shows anyway. I did away with cable over a year ago. The only reason that I even think about using cable again is for the local university basketball and football games. ABC, NBC, CBS, and all the other channels better start paying attention to where a lot of people are now watching the shows that they put on. I don’t mind the commercials as I know that is paying for the airing of the shows.

The next episode will be up on Hulu tomorrow and then one episode per week after that.

YES! I AM SO EXCITED! I check almost everyday to see if ABC has changed their minds on cancelling the series or not but I’m glad that they are going to be releasing the other episodes so we can at least see what happens for the rest fo the season. 🙂

I love selfie.why do they to cancel?
It was a great TVs show.they actor and actress loom great together. Urg

Thank you Hulu! I watched the first episode with my wife expecting something hideous. Then decided it’s not so bad. Then, found we really liked the show, even knowing from where the back story is. Kind of a ‘guilty pleasure’ show. But, we need some closure to at least the first season and would welcome more after that!

Thank you Selfie! Will definitely watch rest of the episodes.

Of course i’ll be watching them, as well as continuing the (not mentioned in this article….grrrr) #saveSelfie movement that has been going on for weeks to have the continue until the full story is complete

I really would be happy if selfie was shown on tv!! I am most definitely going to watch all the episodes for sure!! No doubt!

I actually started to like this show. And Cho is a great actor. Would be great if they brought the shows back. Definitely going to watch the rest of the season.