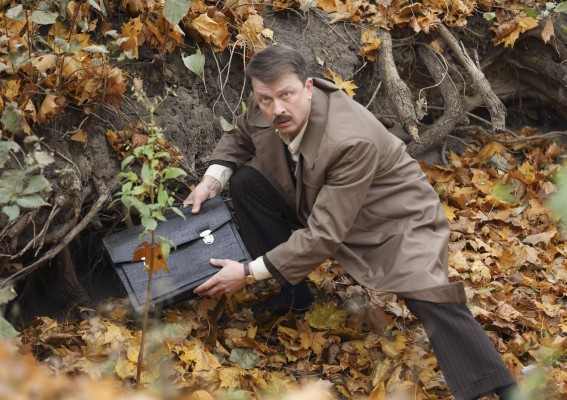 PLEASE reinstate ASSETS. I really found the first two episodes worth my time. I think you owe it to those of us who started watching it to finish it. I was so looking forward to seeing it last week and when it wasn’t on wondered why so tonight I decided to find when the next episode would air because I couldn’t find it in my line up. Then I find ABC is cancelling it. How rude of them. If they are not going to air it the lease they can do is put it on the website in full so… Read more »

Found put today this show’s been canceled and was stunned. I mean, come on, it’s only an 8 episode thing -can’t believe ABC won’t just run the darn thing. Don’t know how they gauge their watching numbers these days, but we almost never watch live TV anymore. We DVR practically everything. I hope they at least release the series for streaming because my family sure would like to see the whole series!!!

What a rip to get hooked on the show and then to not get to finish it. How will we ever trust the network again?

Add another voice to the dismay that real, intelligent work cannot appear on tv. Those expecting James Bond or Jason Bourne car chases and martial arts fighting could use a dose of the reality of much of spy work: slow-paced, paperwork, thoroughness, trial-and-error. I guess this was just too close to actual events to thrill the masses starved for another zombie or I had 25 kids series. Yes, I’m back to books, too.

This is so typical of the “Entertainment” sector. I liked the series and agree with others that the shallow reality shows are taking way too much time on the schedules. The callous minds that pulled this show completely from the schedule showsjust how greedy the world is! If it wasn’t pulling enough of a prime time draw….what was wrong with apologizing and putting it on in non-prime time and letting the public watch it at their convenience using “On Demand” or some other format? Their narrow minds just might have been enlightened to find that there were many who liked… Read more »

I can’t believe they would cancel a miniseries! They owe it to the audience to finish the story. It was interesting and intelligent.

Please finish Assets, it was interesting and very good. Want to see the rest!!!! Got to be better ratings than Sharks re-runs.

It’s a great show give it time. Please

I am extremely upset to find out that “The Assets” were cancelled AFTER just 2 episodes. This really isn’t enough time to “get” a following for a TV series. Unfortunately all the networks, not just ABC, cancels many and/or most of the good and decent programming while leaving the the Reality TV and sitcoms with offensive language that require NO intelligent thinking OR learning anything the history of the United States. No wonder we are becoming a Nation of idiots and the government is taking over saying we don’t “know what is best for us”. What a shame and waste… Read more »

This is/was a very good show. It was not shallow enough for a mass audience.

Please put “The Assets” back on, ABC!!! A true story is so valuable. Entertaining and life enriching. How can you go wrong? Stop just looking for popularity and sensationalism – do something righteous.

I liked the show very much. Because 18 to 45 year olds didn’t like it, because it wasn’t a dreadful reality show or some stupid comedy show they cancel it. It didn’t even had time to establish its characters. Bad decision ABC!

assests was a great show….took some thinking unlike duck dynasty or shark tank…etc…what a shame it was cancelled.

This was one of the best shows produced for/by ABC. Why are we being fed the mindless rubbish show? Oh well, back to reading good books. Television has become a waste of time again.

I was a girl when the real life events occurred, this miniseries had my husband and I HOOKED and we were ready to watch all eight parts! How rude ABC, not everyone wants to watch “reality shows” all the time. Please consider ideas above to finish broadcasting the series, or sell it to Netflix so we can enjoy finishing the series.