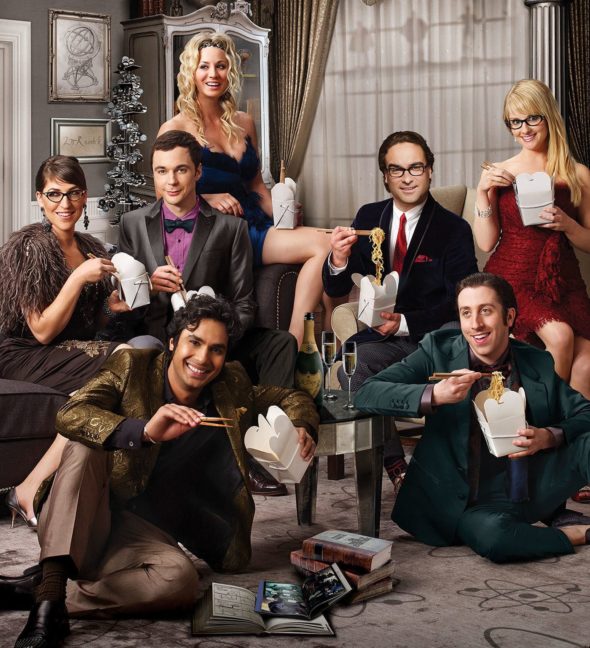 All good things must come to an end and no one is likely more sorry to see The Big Bang Theory end than the executives at CBS. Though there were discussions about possibly continuing TV’s top comedy past its 12th season, CBS and Warner Bros. TV announced today that there won’t be a 13th season. The final year of The Big Bang Theory will begin airing September 24th and will conclude in May 2019 with lots of fanfare and big ratings.

TELEVISION’S #1 COMEDY, THE BIG BANG THEORY, TO END IN 2019 AS THE LONGEST-RUNNING MULTI-CAMERA COMEDY SERIES IN TV HISTORY

BURBANK, Calif. (August 22, 2018) – The number one comedy in the world, The Big Bang Theory, will end its successful run in May 2019 as the longest-running multi-camera series in television history. Warner Bros. Television and Chuck Lorre Productions will bring the Emmy-nominated comedy series to a close at the end of season 12 with a record-breaking 279 episodes.

In a joint statement, Warner Bros. Television, CBS and Chuck Lorre Productions said, “We are forever grateful to our fans for their support of The Big Bang Theory during the past twelve seasons. We, along with the cast, writers and crew, are extremely appreciative of the show’s success and aim to deliver a final season, and series finale, that will bring The Big Bang Theory to an epic creative close.”

The final season of The Big Bang Theory will debut Monday, September 24 (8/7c) on CBS before moving to its regular time period on Thursday, September 27 (8/7c).

The series, which debuted in 2007 and airs in syndication around the world, has received 52 Emmy(R) nominations and 10 wins to date (though has never won for Outstanding Comedy Series), and 7 Golden Globe(R) nominations.

In addition to centering many of its episodes in the worlds of science and technology, The Big Bang Theory enjoys a healthy appreciation and support from the scientific community at large, including having a bee species (Euglossa bazinga), a jellyfish species (Bazinga Rieki) and a monkey at the Columbus Zoo (Dr. Sheldon Cooper) named in the show’s honor.

In 2015, the first-ever UCLA scholarship created by and named for a television series, The Big Bang Theory Scholarship support undergraduate students in need of financial aid who are pursuing their higher education Endowment, was established to in the fields of Science, Technology, Engineering and Mathematics (STEM).

What do you think? Are you a fan of The Big Bang Theory TV show? Are you sorry that there won’t be a 13th season or, do you think the series should end?

Millions love Big Bang. Very unhappy about
Jim Parsons decision. There needs to next
2019-2020 season. Our family loves Big Bang
and Young Sheldon. We are in our 70’s
Please let Big Bang have another season

I want to say to Mr. Lorre and Mr. Prady that this show should continue. My husband and I Start to watch the show last year and since then our depression starts to get better. Living in our days with the economy, the politics, and aging our days had been difficult and had problems to sleep. Now I am able to laugh again. My husband sleeps better and we follow the show on every channel every night. Please do not stop the show there are so many other shows that last 30 years and only shows the bad side of… Read more »

Surprised it lasted so long, in real life can you imagine anyone wanting to live and be friends with Sheldon Cooper and his roommate agreement for so long and how thinks that he is superior to everyone else and inspect everyone to be at his beck & call. In reality people would tell him to go and take a hike. Has for Leonard, I think he would have been able to rent an apartment as for Penny how could she afford the rent by herself being a waitress? However, that is perhaps part of the Joke.

I never expected the loss of the biggest scripted show on U.S. network TV to be this sudden. “The Big Bang Theory” ending its original run will force CBS to suffer a collapse in viewership in 2020, and it will be another factor of the irreversible decline of U.S. broadcast TV ratings. I got into “The Big Bang Theory” in 2012 (before its 6th season) after I was intrigued by to the Bernadette character. I soon after thought “TBBT” was going to reach historic milestones like surpassing “The Adventures of Ozzie and Harriet” for longest-running live-action sitcom in the U.S.,… Read more »