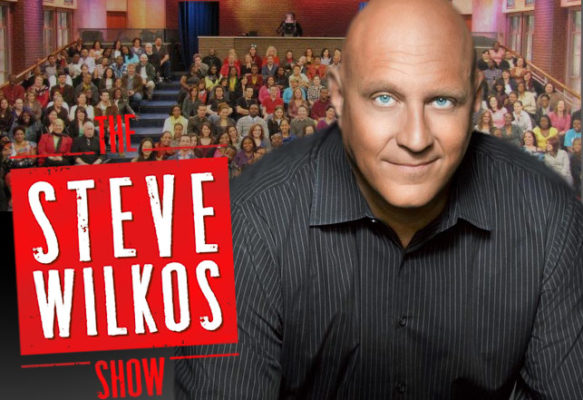 The Steve Wilkos Show isn’t going anywhere anytime soon. It was just announced the syndicated TV show has been renewed through 2022.

The daytime talk show is hosted by former Chicago cop Steve Wilkos and covers a wide variety of topics, including current events, crime, family, and relationships.

The Steve Wilkos Show is currently in its 13th season and will continue through at least 2022.

“The Steve Wilkos Show” is known for tackling issues such as family and criminal justice, true crime and relationship conflicts. The show is hosted by the straightforward, tough-talking Steve Wilkos, a former Chicago police officer and U.S. Marine, a background that shaped and has distinguished his point of view from other daytime hosts. The show currently is in its 13th season and celebrated its 2,000th episode Feb. 24.

“For 13 years, Steve Wilkos has established himself as one of daytime TV’s most reliable hosts in national syndication,” Wilson said. “Steve is sincere and his genuine desire to help people is truly the key to the show’s success. We look forward to two more years of amazing shows from Steve and his very talented team.”

“I’m glad that I can continue to bring justice into my guests lives and provide a platform for their powerful stories to be heard,” Wilkos said. “The show has evolved so much over the years that I’m excited to see what the future holds.”

“It is because of our guests, passionate fans, and dedicated staff and crew who believe in our mission that we have been able to be successful for so long,” said executive producer Rachelle Wilkos. “We look forward to continuing sharing true-crime stories, recognizing everyday heroes and helping our guests get the truth they deserve.”

What do you think? Do you watch The Steve Wilkos Show? Are you glad it’s coming back for two more seasons?

So happy to hear your show isn’t going anywhere! Absolutely love watching your show. You cover so many stories that hit home to millions I’m sure! Looking forward to coming to a show in the hopefully near future. Hope all involved and there families of the show are well. Take Care

HI STEVE!!! I’ve been watching you since I was a child with my mom!! I’m 24 now! I watch all episodes over and over again! Lol. I LOVE watching your show!

I would like to be on the show. Will someone text me. I don’t check my email and won’t answer if I don’t know the number calling. Please I’ve been accused of a lot of things I didn’t do and I would like to set it straight with a lie detector test please please call me.

am happy he’s coming back love him!
Ĺ

Steve i have a serious problem i am 68 years old and my X wife accused me rapping her , would it be possible if Dan can give me a polygraph test to prove my innocence , before my life and name is ruined , and im seen as a sex offender

What ever happened with that guy who had been accused of brutally killing his sons mother and had never at that time meet his son. Lie detector test proved he did not kill her. Just wanted an update to see if he got to meet his son…

STEVE WILKOS PRODUCERS PLEASE CONTACT ME! I HAVE A SERIOUS FAMILY PROBLEM WITH MY DAUGHTERS FATHER BEING IN PRISON WRONGFULLY ACCUSED! ME AND HIS OTHER BABY MOTHERS KNOW HES INNOCENT! CAN YOU PLEASE HELP US? WE ARE SO LOST AND OUR CHILDREN ARE THE ONES HURTING OUT HERE IN THE REAL WORLD!
SINCERELY JILLIAN DADDARIO

I watch the show everyday..Why isn’t it in the CW Channel today ?

I love this show. Straight up. Tackles tough topics. I’m 65. My favorite show

I love the Steve Wilkos show.