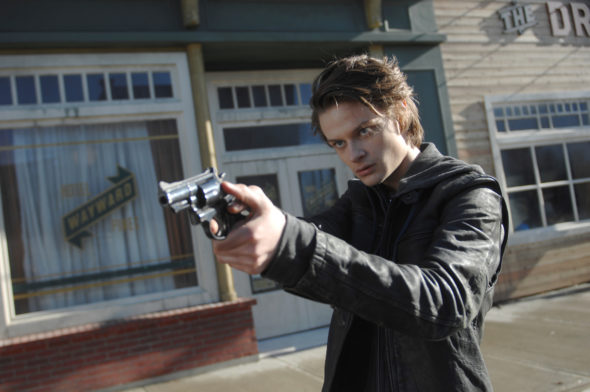 Is Wayward Pines coming back? TVLine reports FOX has cancelled the TV show after two seasons.

TVLine reports FOX has finally cancelled Wayward Pines. And while the network has not officially announced the news, the series has been absent for some time. Season two wrapped in 2016 and averaged a pretty low rating of .73 in the 18-49 demo as well as a meager 2.392 million viewers.

As this point, it seems unlikely Wayward Pines will return for another season.

What do you think? Are you a fan of Wayward Pines? Do you think the show deserves a third season?

I loved this show and am a fan of M Night.

My whole family loved this series!!! We have been watching and waiting for a continuation of the story or at least a final season of a new species. Who knows maybe a new story line could be born of this new species that would lead to more seasons!! There are tons of people that loved this show.

I’m not surprised with such a long hiatus, but I am angry that they didn’t even let it be finished off correctly. As a summer series, it was perfect, especially that there isn’t much new or worthwhile during the summer. This is a shame, the premise of this series was good and original, I would have liked to see how it ended.

One of the best shows they had. Season Two’s ending left us hanging but had real potential. Could have been a great third season.

Probably best to let it die a natural death here. It was hard to find a way to go on during season two so three would have been torturous.

Depressing. Most of what Fox has is not worth watching, but this series was excellent. I am very sorry that, as usual, they have shown the poor taste to drop it.

I would have watched a 3rd season.

I saw the first two seasons, but not interested in a ttgird season, what more is there to add>