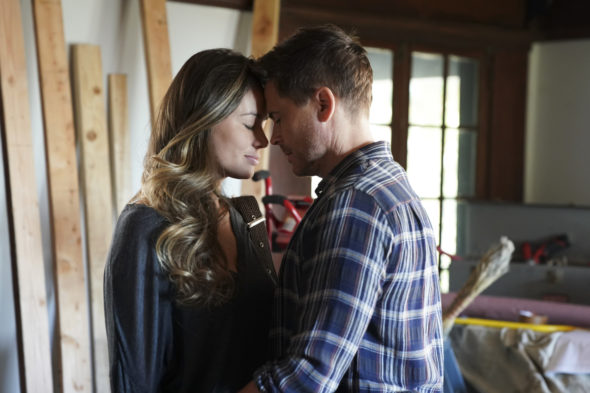 Code Black was excellent — very good replication of ER Medical practices, real drama of medical professionals diligently caring for their patients, while managing their interpersonal relationships. Watch their DVD sales and online episode watch rates: I bet the series continues to do well.

bring back code black, nothing else compares

I cannot believe that CODE BLACK was cancelled. Finally a series from CBS that is thought provoking, interesting, and WORTH WATCHING. I very seldom watch the series on ABC, NBC, or CBS as most of them are not suitable for family. Most use sex or violence without having given a thought to substance or story lines. The only series that I have looked forward to the next episodes are CODE BLACK, MANIFEST, GOD FRIENDED ME Otherwise, I would be watching movies on HBO, etc. or not watch TV at all.

This show was so great, I agree with other viewers cancel the other crappy shows, now I down to only watching 2 shows, Criminal Minds and Madame Secretary and on occasion Bull, lost interest in NCIS all 3, and Blue Bloods 🙁

Don’t understand why they can’t cancel some other show as code black was intense and exciting! That’s why the network is losing viewers!

Code Black was one of the few CBS shows I made every effort to watch every week. Other than Madam Secretary, Blue Bloods, and the Tuesday night NCIS lineup, I do not watch any other CBS scripted shows. Most of them are frivolous and boring, and other networks offer far better programming. I very much miss Code Black!

I loved Code Black. Why would you cancel this show. It is a very good show. I looked forward to watching it every week!!! Couldn’t you reconsider and renew it for a fourth season!

We are very disappointed that CBS has not renewed Code Black. It has been one of our favorite shows.

CBS just totally lost me as a fan! I hardly watch any shows on CBS now, and now I will watch even less. I went from being a total fan on Mondays watching every show, then scorpion got canceled, then there were stupid new shows. I now only watch Bull. Very poor decision, And the proof will be in the loss of more Ex-CBS fans

Loved this show should of never cancelled, what happen to good tv. My o my!!!!!Bring it back, you know you can

Wish they would change their mind. I love this show. they are cancelling the good shows and leaving the not so great ones!

I am far beyond disappointed; I am disgusted in the network in having made that decision! I never missed an episode and thought it was an amazing series that could have lasted for years! Shame on them!!!

I love code black. Please, please don’t cancel it. I love all the characters and I was so waiting to see how everything turns out.

This totally sucks!!! Code Black was my favorite of all and I was eagerly looking forward to it’s coming back. What a disappointment, for sure.

Loved Code Black CBS made a hugh mistake in cancelling the show. It was riveting.