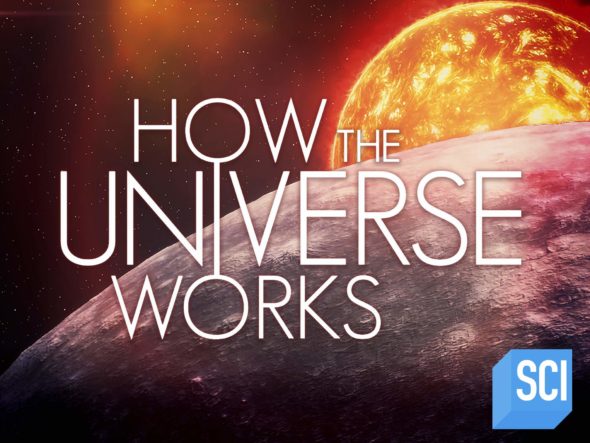 It is time for a new season of How the Universe Works. The new season is set to arrive later this week, and it will mark the eighth season for the series.

Science Channel shared more about the return of the series in a press release. Check that out below.

“Science Channel’s signature space series is beaming back up after the new year for a new season of out of this world mysteries. HOW THE UNIVERSE WORKS returns for its eighth season with a two-hour special on Thursday, January 2 at 9 p.m. ET that investigates the threat of a catastrophic asteroid impact. While asteroids have hit us before and will most certainly hit us again, predicting how big the next direct impact will be and where it will land remains incredibly difficult. A perfectly placed hunk of rock or metal coming from outer space could potentially trigger the end of life on Earth.

“HOW THE UNIVERSE WORKS continues to explore the amazing research being done by the world’s top scientists. The season premiere examines the very real threat that asteroids represent and what is being done to combat their devastating effects,” said Wyatt Channell, Executive Producer, Science Channel.

Other show topics include:

· Jupiter’s Secrets – NASA’s revolutionary Juno probe and its daring mission to Jupiter are unlocking the mysteries of the gas giant.

· Time Travel – By investigating the real-world possibilities for time travel, scientists are tackling some of the toughest questions in physics – and revealing the true nature of space and time itself.

· Star Apocalypse – Stars helped spread life across the universe, now they’re dying out. They’ll leave behind zombie stars that feast on the remains of planets, but does this star apocalypse spell the end for life in the cosmos? Could life find refuge by cozying up to stellar monsters? What happens when the last stars go out?

· Mission To Mars – Crewed missions to Mars are the next frontier of human exploration and NASA wants to put boots on the Red Planet by 2035. But the mission to Mars is fraught with danger and the entire history of the red planet seems stacked against us. Is a journey to Mars mission impossible?

What do you think? Are you a fan of How the Universe Works? Will you watch the new season?

love the show and the understandability of the speakers, (is that a word).

Is the entire series, all seasons, available for purchase?

I enjoy watching but I also get rather frustrated by some quite startling errors that I would not expect such scientists to get wrong and whenever I hear the thoughts of theoretical physicists on aliens, living on mars, travelling to stars and other completely false realities then it does taint the show to some extent.