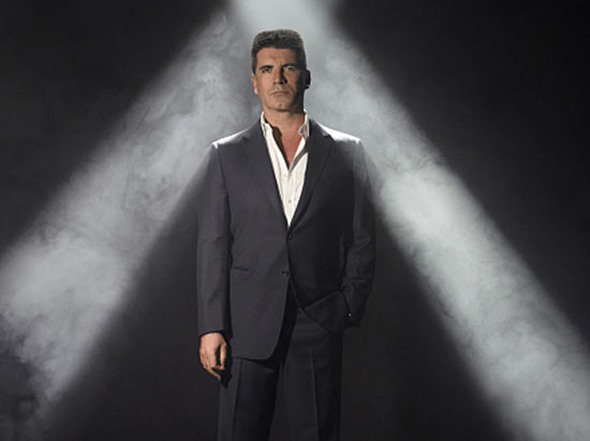 The X Factor USA was cancelled by FOX after just three seasons. The series was brought to the USA by Simon Cowell, and he even left his spot on the judging table on American Idol to bring X Factor to television screens in America.

However, the series never lived up to expectations on this side of the Atlantic. The UK counterpart is still highly popular, and it is currently airing another season. With the return of The X Factor UK and his recent addition to America’s Got Talent, Cowell has been out and about speaking a lot, and he has now looked back at his time with The X Factor USA.

Cowell actually admitted he made some big mistakes with the reality series, and that admission might shock same fans. Digital Spy shared Cowell’s comments about The X Factor.

“Would I give American X Factor another go? Absolutely 100 percent, for sure. We got it all wrong, going in very arrogant. Again I opened my big mouth, I said we would get 20 million and as I said it I thought ‘oh my god, why did I say that?’  I should have said five because it got something like 14 which was crazily good but of course I was dead by that point.  Also we couldn’t be the last show of the year, so there was American Idol, America’s Got talent, dance show, two versions of The Voice. t was overkill and I was exhausted before we even started watching it. I do still think as a music show it is the best one out there.”

Would anything be different if The X Factor aired now? With American Idol getting ready to exit, FOX would have the room for The X Factor to return. There is still a heavy amount of reality competition series on air right now. The Voice is not going anywhere. It will air season 10 with Christina Aguilera’s return to panel next spring. America’s Got Talent will air this summer.

Right now, this is just Simon Cowell talking. Would FOX really consider bringing back ? Would you watch the show if it returned? Tell us what you think.

Absolutely.We Loved it.Please bring it back

Love the X Factor and would love to see it back on here in the USA!!!

I loved the show…Very disappointed that it was taken off

I love the XFactor and was very disappointed when it went off the air.

Everybody sign up to petition to bring The X Factor USA back.
http://ipetitions.com/petition/bring-back-the-x-factor-usa

I would love to watch the X-factor, but under the conditions they stop dressing the teenagers so cheep. My hole family and I, we used to watch it together every night until they started dressing the teens so cheep#almost naked. Five of us stop watching it because of that. Now we like to watch the voice because they bring only good singers who are dressed way better than X-factor. Yes, I love the show except clothing and people who are no good at singing.

I was always too young to audition. But now I’m old enough and would love to audition. I hope X Factor USA comes back!

you could always go to the UK and audition there if you wanted to
If not, you could go no America’s Got talent or the Voice to audition

Yes they should bring back the s factor I watch it and I voted for it. I like iylt very much

They should definitely bring “X Factor” back, Many talented people are waiting in line to show their talent. Me being one of those people I’ve auditioned for “The Voice” and I almost got through but I want the chance to audition for another show like “X factor” and show what I can really do. Please visit my Facebook page @Kobe Vang check out my cover songs and tell me what you think. I love feed back and advice thank you !

I would definitely watch it again. I really miss X Factor.. Maybe the show should air on weekends when people are not watching other music competition shows. It might gain more viewers that way.

I would definitely watch xfactorusa if it were brought back. I would caution the producers to get judges that are at the top of their field.