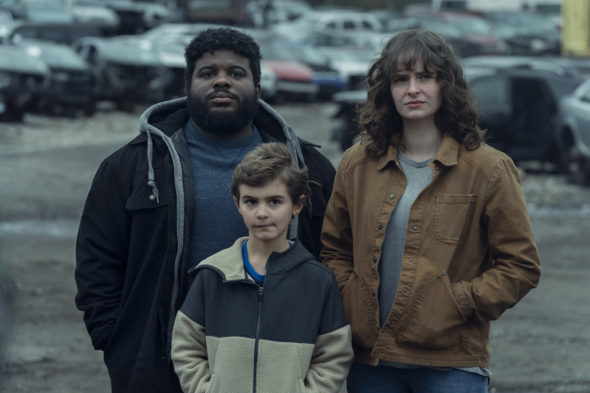 Who will win — Charlie or Vic? Has the NOS4A2 TV show been cancelled or renewed for a third season on AMC? The television vulture is watching all the latest cancellation and renewal news, so this page is the place to track the status of NOS4A2, season three. Bookmark it, or subscribe for the latest updates. Remember, the television vulture is watching your shows. Are you?

Airing on the AMC and BBC America cable channels, NOS4A2 stars Zachary Quinto, Ashleigh Cummings, Jahkara Smith, Olafur Darri Olafsson, Ebon Moss-Bachrach, Virginia Kull, Jonathan Langdon, Ashley Romans, Jason David, and Mattea Conforti. From creator Jami O’Brien, the series follows a seemingly immortal being who sustains himself on the souls of children. Season two takes place eight years later and Vic McQueen (Cummings) remains more determined than ever to destroy Charlie Manx (Quinto). Manx, having faced his own mortality, emerges desperate for revenge against Vic. He sets his sights on the person who means most to Vic – her eight-year-old son Wayne (David). The race for Wayne’s soul sends Vic and Charlie on a high-speed collision course, forcing both to confront the mistakes of their pasts in order to secure a hold on Wayne’s future.

Find out how NOS4A2 stacks up against other AMC and BBC America TV shows.

Will AMC cancel or renew NOS4A2 for season three? The first season performed well for AMC and this year, NOS4A2 is being simulcast on BBC America so AMC Networks (which owns AMC and co-owns BBC America) is getting more bang for the buck. I think the series will be renewed. I’ll update this page with breaking developments. Subscribe for free alerts on NOS4A2 cancellation or renewal news.

What do you think? Were you hoping that the NOS4A2 TV show would be renewed for a third season? Are you sorry that AMC cancelled this TV series, instead?

Dang it! Loved this show! Bring it back!

Please come back we loved the season.

Please, please please bring back this series! It’s not often that new original storyline has been created and this show is that!!!! I live this series and it deserves more than 2 seasons.

If you love the series please read the book by Joe Hill! (Stephen Kings son). It’s so good!