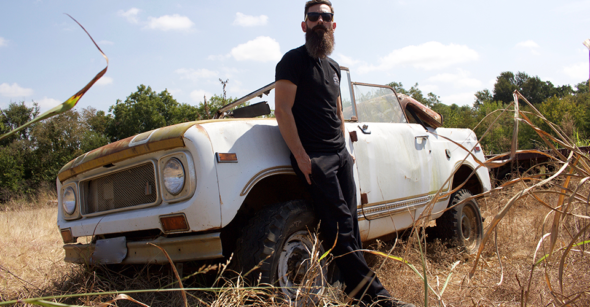 Discovery is back in gear. Recently, the network announced season two of Shifting Gears will premiere later this month.

The docuseries follows custom car builder Aaron Kaufman and his team “as they continue to test their technical limits and push the boundaries of vehicle performance.”

Last season, Aaron and his team expanded their design capabilities and took on incredibly tough builds, including the International Scout and Semi-Race Truck. Now, they’re back to take on more passion projects and create new vehicles, setting the bar even higher for the Arclight Fabrication crew – Jonathan Rodriguez, Jason Bowman, Jeremy Webster, Jonathan Mansour and Jason Willis – as they continue to test their technical limits and push the boundaries of vehicle performance.

Breaking further out of his comfort zone, Aaron sets the ambitious goal of building a rally car to race at the “Olympus Rally Race” in Washington State, but not before he and the guys test out their own rally racing skills at one of the best schools in the country, Rally Ready. In addition to building a rally racing machine, Aaron also wants to race it and finish on the podium, adding another element to the adventure. While the team heads back to the shop and gets to work transforming a Subaru Impreza, Aaron stays at Rally Ready to take lessons behind the wheel. Later in the season, Aaron celebrates the early hot rod era when he takes his talents to “The Race of Gentleman.” Through it all, he produces inventive automobiles that push the boundaries of custom cars – and he’s never afraid to drive them into the ground!

What do you think? Have you seen Shifting Gears? Will you watch the new season?