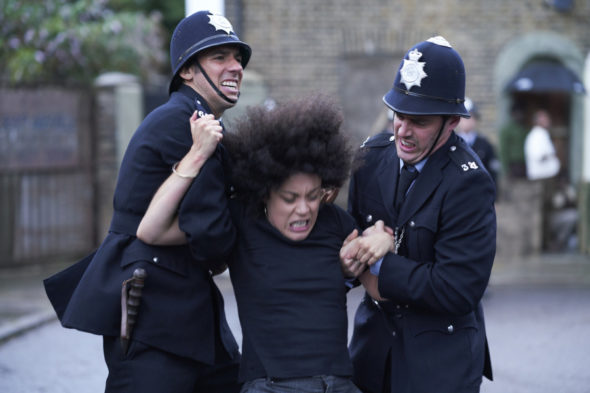 Small Axe is going from television series to five separate movies instead. The films are coming from Steve McQueen, per Indiewire. McQueen has been working on the series for a long time. Viewers received their first look at the series in Fall 2019.

BBC revealed that the series follows the “personal stories about London’s West Indian community from the late-1960’s to mid-1980’s. The title is derived from an African proverb, which has resonance throughout the Caribbean, ‘if you are the big tree, we are the small axe.’ This was made popular by Bob Marley and the Wailers with the song ‘Small Axe’ from the 1973 album ‘Burnin.’”

McQueen also revealed that the series of films will be dedicated to the memory of George Floyd. He said the following:

“I dedicate these films to George Floyd and all the other black people that have been murdered, seen or unseen, because of who they are, in the US, UK and elsewhere. If you are the big tree, we are the small axe. Black Lives Matter.”

In the US, the films will air on Amazon, but a date for the premiere has not been set.

What do you think? Are you planning to watch Small Axe?