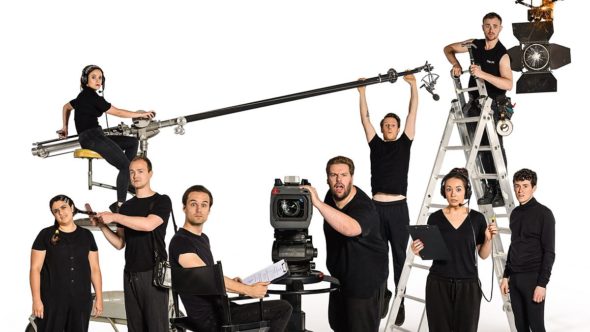 The Goes Wrong Show is coming soon to Amazon. The comedy is based on The Play That Goes Wrong, which has been a hit on Broadway and the West End. Henry Lewis, Jonathan Sayer, and Henry Shields are all featured in the comedy series, which arrives on the streaming service later this week. The series has already aired for UK viewers on BBC.

“All six episodes from Mischief’s BBC One hit comedy series The Goes Wrong Show will premiere this Saturday, August 15 in the US, Canada, New Zealand and Australia on Amazon Prime Video. The series, licensed by Lionsgate, is inspired by Mischief’s award-winning Broadway and West End stage production, The Play That Goes Wrong. The Goes Wrong Show debuted in the UK to widespread acclaim and recently received a 2020 TV Choice Award nomination for Best Comedy.

The Goes Wrong Show is written by and stars the original founding Mischief members Henry Lewis, Jonathan Sayer and Henry Shields, alongside Nancy Zamit, Charlie Russell, Bryony Corrigan, Greg Tannahill, Dave Hearn and Chris Leask. Every week, the well-meaning amateurs of the Cornley Dramatic Society attempt to put on a series of terrible TV plays, all of which end in disaster – live in front of a studio audience: a horror story, a wartime drama, a legal thriller, a period romance, a deep south melodrama and a Christmas fable.

Expect huge laughs from the best slapstick performers around. Also for television, the Mischief team adapted their hit stage production Peter Pan Goes Wrong in December 2016 and created A Christmas Carol Goes Wrong starring Diana Rigg and Derek Jacobi in December 2017, both for BBC One.”

Check out a preview for this series below.

What do you think? Will you check out The Goes Wrong Show on Amazon?

Good Show except for one Episode.