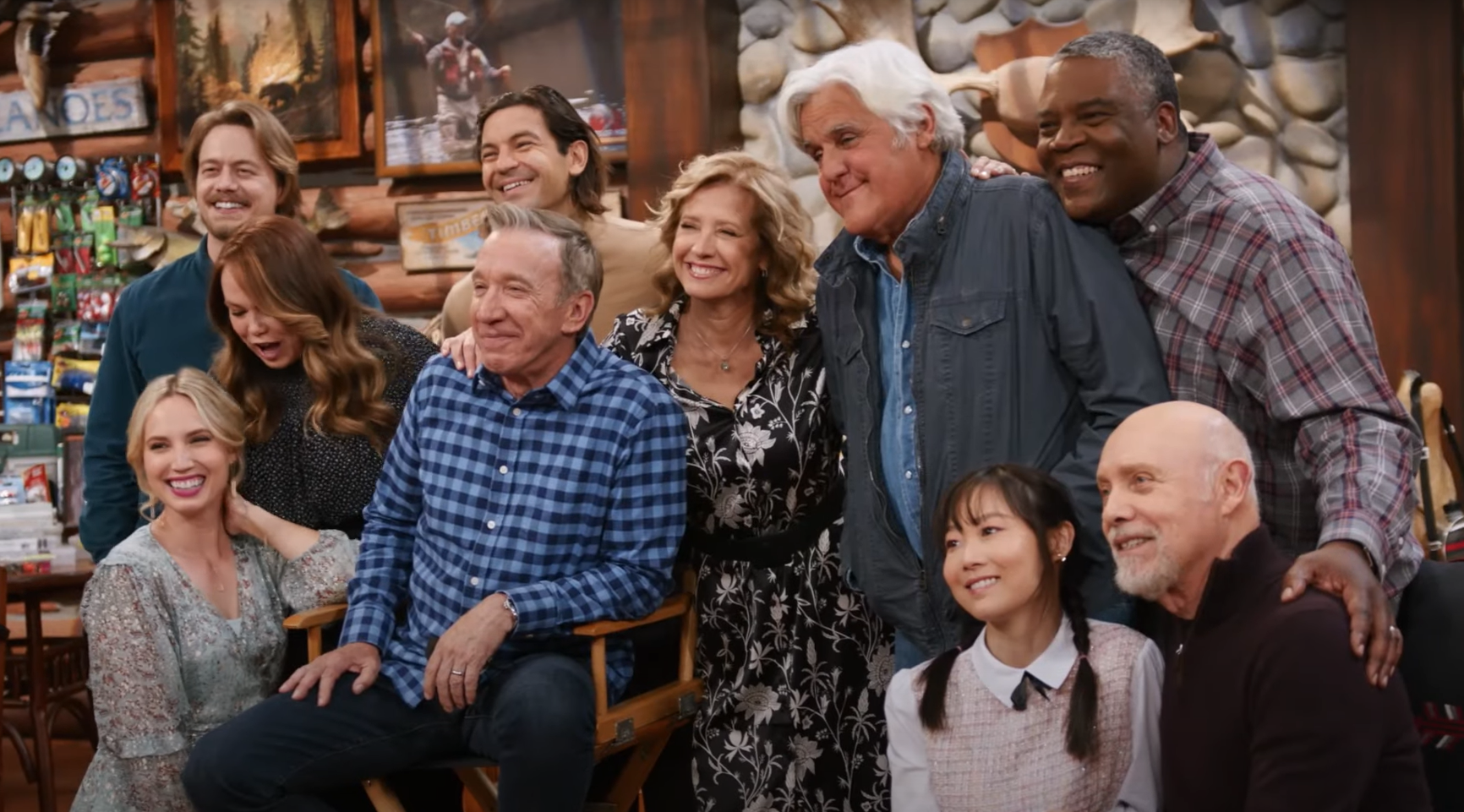 Tonight, viewers said goodby to the Baxters and their friends for a second time. The sitcom was cancelled by ABC after six seasons but was revived a year later for three more seasons on FOX. While there won’t be a 10th season anytime soon, this family comedy seems ripe for a revival somewhere down the line.

Airing on Thursday nights, Last Man Standing stars Tim Allen, Nancy Travis, Hector Elizondo, Amanda Fuller, Christoph Sanders, Molly McCook, Jordan Masterson, Jonathan Adams, and Krista Marie Yu with Jay Leno, Susan Sullivan, Tisha Campbell, and Kaitlyn Dever recurring. The series revolves around Mike Baxter (Allen), the marketing director of the Outdoor Man sporting goods stores and a “man’s man”. His family doesn’t see eye-to-eye with him so it can sometimes be a little tough for Mike to stand his ground and stay in touch with his inner man. In season nine, the series jumped ahead into the near future. Mike and Vanessa (Travis) contemplate their own future, including Mike’s imminent retirement from Outdoor Man — and who could be his successor.

Saying goodbye to their show for a second time was understandably a very emotional experience for the cast and crew. Unlike series that have been cancelled, they at least had an opportunity to give the characters some closure.

According to Variety, executive producers Kevin Abbott and Matt Berry had a tough time coming up with a way to end the show. Characters leaving or saying goodbye felt too sad and then, Berry came up with the idea of Mike’s beloved truck being stolen just as he finished restoring it. It was conceived as a metaphor for the show.

“It was perfect and there was nothing left for him to do, and then at that point somebody takes it,” Berry said. “At first it’s like we got to get it back. But then the word comes through it’s gone. It’s been disassembled, chop shop, it doesn’t exist and then they have to go through the process of what that means. And while you watch Mike thinking he’s going to fall apart once this word comes through, it’s actually kind of interesting that Vanessa [Nancy Travis] does. She winds up having this reaction to that as Mike has peace with it, because of how much it meant to her as well.”

In an interview with Fox News, Allen recalled his final days on set, “Our prop guy said, ‘Which of these did you want to take?’ and it was pictures of the family from the hallway that was going away. I walked in and looked at Nancy and [I’m] literally surprised I got through that scene. She really looked at me [and said], ‘Are you OK?’ and I was not OK.”

Here are some farewell thoughts from members of the cast.

Each day is a gift and I was given over 1500 of them over 9 wonderful years working on this show. I miss it already but am forever grateful that I will always have the memories. @LastManStanding #Tomorrow pic.twitter.com/UGNQ9LJG63

What do you think? Will you miss watching the Last Man Standing TV show on FOX? Do you hope that it will be revived someday?

EVE WASN’T IN IT ENOUGH THIS SEASON THOUGH. I DON’T KNOW HOW ANYONE COULD NOT LIKE THIS SHOW

TEN YEARS WOULD HAVE BEEN BETTER. WE’LL MISS IT AS A FAMILY. ORIGINAL MANDY & EVE ARE MISSING IN PICTURE? THANKS

Sorry, but I’m gonna be the one who won’t miss it at all. We stopped watching it a few years ago but did yawn through the finale. The worst part? That awful camping segment. Don’t get me wrong. We do like a lot of the cast but boy did they need some real comedy writers in this finale!

I agree about the camping segment. That felt like a plot that should have been a part of one of the earlier episodes and not the series finale. And it’s what I hate about series finales that have two episodes that are different instead of just one hour-long episode. They could’ve scrapped that.

We are going to miss Last Man Standing! Please bring it back. The values shown you can’t find on another sitcom. Tim Allen, we want you and the Baxter family back!!!

Yes I will miss it . I have to watch reruns

Our family loved this show and loved everything Tim Allen in his role as Mike Baxter stood for 100%. We hoe the show will return sooner than later.

It was the series finale

Never watched the show, so I won’t miss it

It was a good show

This has been a great show to watch, and even though I didn’t catch it from the very beginning I was glad to be able to watch it live for its Finale. I’ll still watch the re-runs. I’m grateful that Fox brought it back for another three seasons even though I could easily keep watching more. But now, I have nothing that I want I watch on Fox because this is over. They missed the opportunity to call the episode “Baxters Out” too. But it’s cool. I’ll miss LMS.