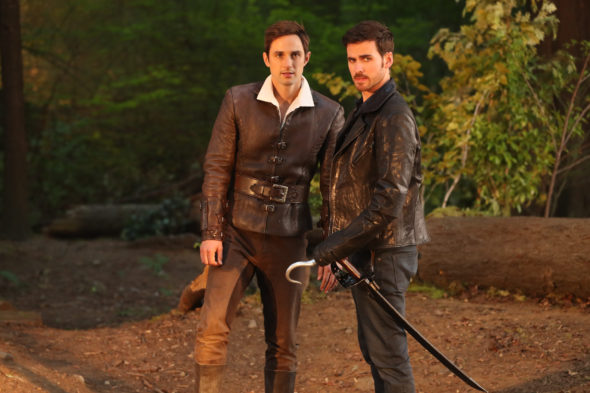 With Emma, Snow, Charming, and Belle (mostly) off the canvas, does any magic remain in the seventh season of the Once Upon a Time TV show on ABC? As we all know, the Nielsen ratings typically play a big role in determining whether a TV show like Once Upon a Time is cancelled or renewed for season eight. Unfortunately, most of us do not live in Nielsen households. Because many viewers feel frustration when their viewing habits and opinions aren’t considered, we’d like to offer you the chance to rate all the Once Upon a Time season seven episodes here.

Once Upon a Time, season seven, is a reboot of/sequel to the story fans watched during the series’ first six installments. The page has turned, as young Henry Mills (Gilmore) is all grown up (West). Now, seasoned Enchanted Forest denizens must help Henry and his daughter, Lucy (Fernandez), battle evil and return hope to their world and ours. And of course, they’ll have to deal with yet another pesky curse.

What do you think? Which season seven episodes of the Once Upon a Time TV series do you rate as bewitching, boring, or somewhere between? Should ABC cancel or renew Once Upon a Time for an eighth season? Don’t forget to vote, and share your thoughts, below.

They need to continue the show. But bring back the feeling of the first 6 seasons. Season 7 brought in too many new Disney references and bring back all the characters since they had technically gone back in time. I want to see more and I want to see how all the realms are coming together and new challenges.