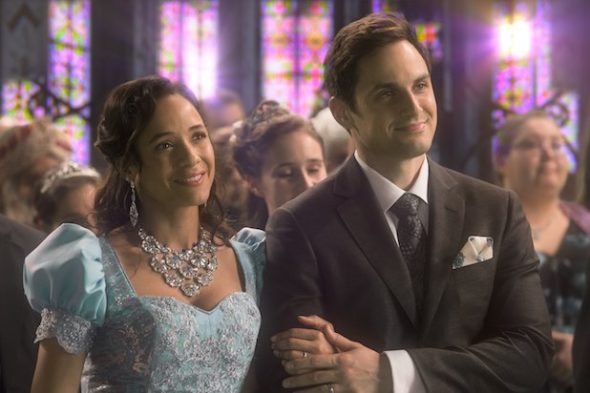 Tonight marks the end of the Once Upon a Time TV show and it sounds like there will be no shortage of happy endings. While the show has had a good-sized run of seven seasons (six and a “reboot” of sorts), the series still has lots of devoted fans. Would you like to see the show return in some way?

A fairy tale drama airing on the ABC television network, the seventh season of Once Upon a Time stars Lana Parrilla, Robert Carlyle, Colin O’Donoghue, Andrew J. West, Gabrielle Anwar, Dania Ramirez, Alison Fernandez, and Mekia Cox. The many guest stars this season include former series regulars Jennifer Morrison, Ginnifer Goodwin Josh Dallas, Emilie de Ravin, Jared Gilmore, and Rebecca Mader. In the story, seasoned Enchanted Forest denizens must help an adult Henry (West) and his daughter, Lucy (Fernandez), battle evil and return hope to their world and ours. And of course, they’ll have to deal with yet another pesky curse.

After wrapping the story up with a nice bow in season six, the executive producers had hoped that a “new” story would breathe new life into the series. It didn’t really work out that way in the ratings. Of course, it didn’t help that Once Upon a Time was moved to Fridays nights.

Season seven has averaged a 0.50 rating in the 18-49 demographic and 2.31 million viewers. Compared to season six, that’s down by 47% and down by 27%, respectively. These numbers are a far cry from the show’s early season ratings so, it’s no surprise that the producers were told to wrap things up in plenty of time for them to make a fitting finale.

Still, there could have been more story to tell. “The finale was going to be what we were going to do, and then we’re just not doing the cliffhanger,” says executive producer Edward Kitsis, who reveals they did have a pitch for a potential season eight. “It was never heard,” he adds before quipping, “We’ll save it for the spin-off when they approach us in two years.”

While Kitsis may have been joking about ABC wanting a spin-off in two years, stranger things have happened and it’s hard to imagine that someone won’t revisit Storybrooke at some point in the future.

What do you think? Would you watch a new Once Upon a Time spin-off, reboot, or a revival someday?

I think once a pound a time should be. Renoewd for. One last season 8 or a spin off 2021. Elizbeth I’m a fan I voted yes to be renowned for one a pound a Time Elizabeth peck

I would definitely love to see more of Once.

Bring it back!!! Loved it and all of the cast!!