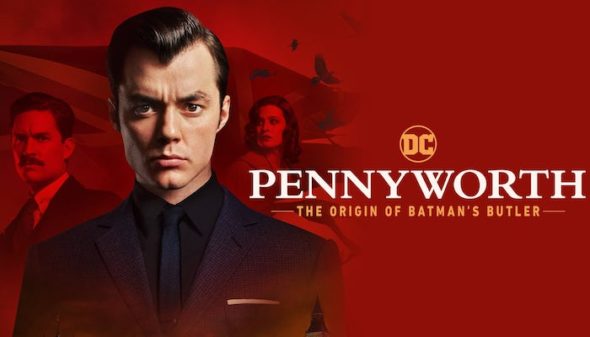 Pennyworth has returned for its third season on its new home of HBO Max, and the creator of the series has spoken about the big move and the new title of the new DC series. Pennyworth aired its first two seasons on EPIX (which will soon become MGM+), but the action series has now moved to HBO Max as Pennyworth: The Origin of Batman’s Butler.

Series creator Bruno Heller said the following about the platform change, per Deadline:

“Years ago, people had very few choices. Now it’s much more like a supermarket. I don’t mean to be crass about this, but you’re on a shelf and where you are on the shelf becomes very important in a way that it wasn’t before. So platforms matter. We are just very excited to be in the center aisle, in the middle of shelf, next to the cornflakes instead of up there with the maple honey granola with soy granules in it. All of those cereals have an audience, but you get a bigger audience if you’re next to the Frosted Flakes.”

As for the new title, Heller is hoping the change will bring in more viewers. He said the following:

“The beauty of the DC canon is that pretty much everyone has has a smattering of knowledge about it. But there are several steps from name recognition to eyeballs on the screen. I think HBO Max was right. Visibility and clarity is everything … though I wish it could have been ‘the butler that changed America’ because I always like that in book titles.”

Check out a teaser for the return of Pennyworth below.

What do you think? Are you excited to see a new season of Pennyworth on HBO Max?

Heller’s analogy really sucks dragon ass…. Because the “maple honey granola with soy granules in it” is inevitably going to be better product than the mass produced corn flakes made from mutant GMO corn. If a Devil was to translate that into current TV programming, I’d say the GMO cornflakes that Heller wants to be associated with would be all the “Reality TV” garbage polluting the airwaves, and it’s the few well written & well acted shows that he’s comparing to “maple honey granola with soy granules”. Here in Hell, we only use the GMO cornflakes & “Reality” TV as… Read more »

Whoever decided for the new title does not deserve pudding for a week!

Look forward to seeing it on HBO Max so good two season watch in a day. Enjoy it and love it all episodes I can’t wait to see new episodes of new season too.