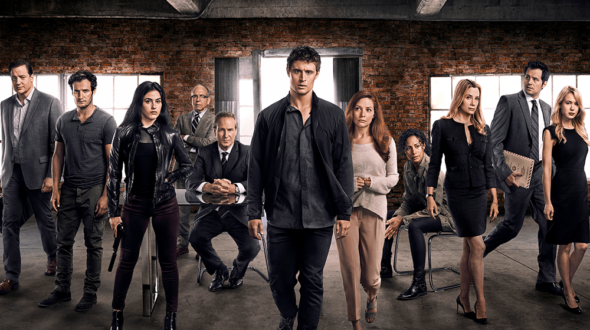 “Premium network EPIX® today announced that spy-thriller series  Condor, from MGM Television and Skydance Television, will have its U.S. premiere with two back-to-back episodes on November 7 at 9pm. (Subsequent episodes will air Sundays at 9, with a two-episode finale on December 26). Based on the novel  Six Days of the Condor  by James Grady and screenplay “Three Days of the Condor” by Lorenzo Semple Jr. and David Rayfiel,  Condorfollows CIA analyst Joe Turner (Max Irons) who stumbles onto a plan that threatens the lives of millions.

Season two of Condor finds Joe Turner still wandering around Europe, careful not to stay in any one place long enough to put down roots or be a danger to anyone he meets. But while Joe is busy avoiding his past, it catches up with him in the form of a mysterious Russian intelligence officer who claims to be an asset working for Joe’s Uncle Bob. The officer’s life is in danger and he’s willing to trade the identity of a Russian mole in the CIA for safe passage. Joe is reluctant to help –he wants nothing to do with the CIA –but events back home compel Joe to take action and force him to face the life he thought he’d left behind.

What do you think? Are you excited to see Condor return with its new season on EPIX?

Season 2 already aired on the audience channel and the last episode made it appear that he was still being hunted and that a season 3 would be made? I’m just rewatching the couple of episodes to refresh my memory in case season 3 is available! Epix reminds me of Ovation channel that purchases the series a couple years later! If you look it says first aired 2020 don’t get fooled

And yet again, another great show aired on cable channel, cancelled and then revived but on a streaming service – if you want to watch you gotta pay… again – I’ll find out which one of my friends pays for Epix – maybe I’ll get to see the 2nd season, but then again maybe not. Too bad because I thought it was an excellent show.

EPIX isn’t a streaming service. It’s a package you can add through your TV provider. I have Dish Network & already get Epix as they have a lot of great shows. Plus it’s much cheaper than other Premium channels like HBO. It’s only $7.00/mo for 4 Epix channels. I never watched season 1 of Condor because I didn’t get the AT&T channel but I plan on giving season 2 a try.

Cant wait! Been waiting since 2018 or whatever to see this season. Sucks Epix is making us wait until November though. Considering it is done filming and has air in every other country, but the U.S.

This aired a year ago. Season 1 was superb, this was disappointing.

Thank you. Good series. Not as great as the Robert Redford movie, of course. But very pleased to get a premiere date from you.

I just rewatched the Redford film: what a trip down memory lane. We were so innocent. I LOVE this new series with Irons and Hurt. It’s slick, high tech. If you haven’t already watched Berlin Station, don’t miss it. It’s on EPIX and it’s entirely relevant still. Terrific cast.