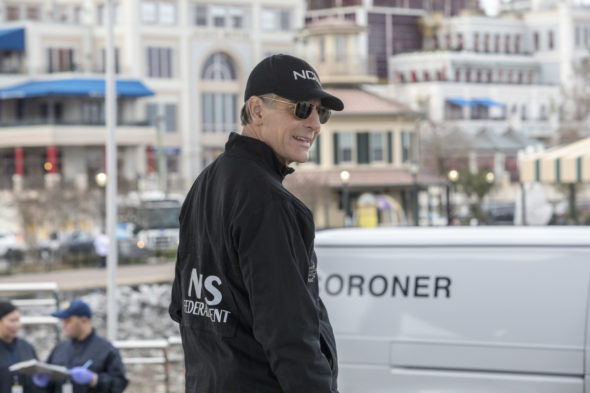 Laissez le bon temps rouler. CBS has renewed its NCIS: New Orleans TV show for a fifth season. The Tiffany network will stick around the Big Easy for another round with Special Agent Pride and his team.

NCIS: New Orleans: A Look at the Ratings

The fourth season of NCIS: New Orleans is averaging a 0.97 rating in the 18-49 demographic and 8.87 million viewers. Compared to season three, it is down by 18% and 7%, respectively. When sorted by the demo, it ranks 14th out of the 25 scripted CBS TV shows we’re tracking, but rises to 6th place, in terms of average total audience size.

What do you think? Do you like the NCIS: New Orleans TV series? Do you think you’ll return to watch season six on CBS? Did you think it would be cancelled? Let us know, below.

Bettye says, I watch all the ncis shows and i like new orleans the best!

What happened they shot him and that it. Im absolutely angry no solution no ending bring it back I never miss it every Tuesday. It s a grreat show quit messing with the good ones.

Please keep NCIS:New Orleans I love this show,every time you get a good show then you want to cancel it like CSI:Miami and CSI:New York these were great tv shows that got cancelled.

Happy with the renewals!!!

I love this show will watch all seasons over and over please keep it going.

It was rather concerning with Pride taking with 3 rounds in the chest after everything got solved. I guess if your ratings are low its a good way to boost them by shooting a main character. Glad CBS is picking up the show for Season 5. There’s already enough change going on in the NCIS worlds, , but really shooting him in the chest?

Love all NCIS . New Orleans used to be my home. Scott bakula and his team and the location shows that complicated situations can have dual core meanings. Love it
Hopefully Scott will be saved and new challenges will arise.

I love this show. It is exciting, exceptional, entertaining

I love NCIS New Orleans. Please keep it, I love all the NCIS shows. We watch most CBS, as they’re shows are well written.

Great show don’t miss a show. I wish they were more till the reruns start.

NCIS New Orleans is my favorite Tuesday night series. I am very happy they have been renewed for the 2018- 2019 season.

I LOVE NCIS NOLA! Let’s keep it around! The only thing I think CBS dropped the ball with was Wisdom of the Crowd. BIG DISAPPOINTMENT it being canceled!

I agree, I don’t like Tammy either. Her character is not a likeable/ lovable person and I don’t think she has chemistry with the other cast members. I think the reason NCIS NOLA has suffered in the ratings lately has to do with too many cast shake-ups. Brody, Percy and the addition of Tammy. It’s like the changes are not well thought out and the character replacements have not been developed well. I really like Loretta, Patton, Sebastian, Chris, and of course Dwayne. I think when the writers make cast changes they should do some kind of focus group with… Read more »

I love ncis new Orleans, I am so glad you are renewing it, like it so much better than LA, really don’t care for the new boss on it and think it is to predictable, Sam is always the big man on the block, always the one to save everything and one……thank you for not taking off new Orleans. ….

yes, will like it better since that ATF agent left did not care for her character