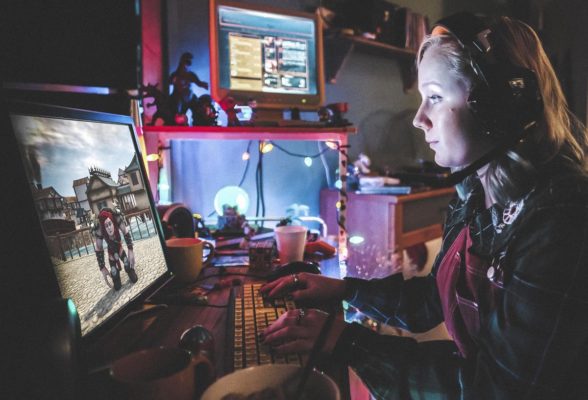 Is the “Kingdom Scrolls” world better than the real world? Has the Dead Pixels TV show been cancelled or renewed for a second season on The CW? The television vulture is watching all the latest cancellation and renewal news, so this page is the place to track the status of Dead Pixels, season two. Bookmark it, or subscribe for the latest updates. Remember, the television vulture is watching your shows. Are you?

Airing on The CW television network in the United States, Dead Pixels stars Alexa Davies, Will Merrick, Sargon Yelda, Charlotte Ritchie, David Mumeni, and Noush Skaugen. It revolves around a trio of friends and their passion for playing an MMORPG (Massively Multiplayer Online Role-Playing Game). The show follows gamers Megan “Meg” Jeffries (Davies), Nicholas “Nicky” Kettle (Merrick), and Usman (Yelda) who are obsessed with the online fantasy game “Kingdom Scrolls.” Meg would happily cut a date short to go home and defend Castle Blackfinger. Nicky thinks the miscasting of Vince Vaughn as Tanadaal in the “Kingdom Scrolls” movie is an international outrage. And Usman has made a plywood lid for his child’s playpen — so he can play the game in peace. As the show begins, Meg meets a new guy named Russell (Mumeni). The series is split equally between the real world characters’ tragicomic lives and their computer-animated misadventures in the “Kingdom Scrolls” game.

The first season of Dead Pixels averaged a 0.10 rating in the 18-49 demographic and 371,000 viewers. Find out how Dead Pixels stacks up against other The CW TV shows.

Will The CW cancel or renew Dead Pixels for season two? The series originates on Channel4 in the UK and The CW licenses it (which costs less than making a show on its own). Dead Pixels was renewed for a second season in the UK but, the ratings may be so low for season one that The CW might not want it. I’ll update this page with breaking developments. Subscribe for free alerts on Dead Pixels cancellation or renewal news.

4/29/21 update: The CW has picked up season two of the Dead Pixels series.

What do you think? Are you glad that the Dead Pixels TV show has been picked up for a second season on The CW?