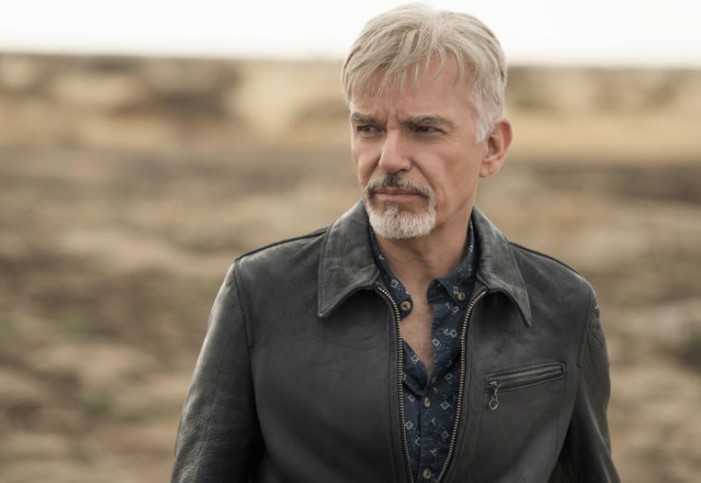 Goliath fans are wondering if they will see a fourth season of the series, which stars Billy Bob Thornton as Billy McBride. The end of season three saw his character in a bad spot, and some might think there is no way for the show continue with that ending.

Stop reading now if you don’t want to be spoiled.

Season three ended with Thornton’s character shot and left for dead. In an interview with Entertainment Weekly, he said the event was both a ‘death and a birth’ for his character. Amy Brenneman, Dennis Quaid, and Beau Bridges were all new additions for season three.

As for the future of the Prime Video series, Thornton said the following about the potential future of Goliath:

“If they’re inclined to do another season, I think I would be inclined to. I think they would be because it’s been a successful show for them. So if we can figure out a way to get me back out there, it could happen.”

What do you think? Are you a fan of this Billy Bob Thornton series? Do you want a fourth season?

PLEASE please please have a season 4

Keep it going. Love this show. Me and my husband watched all 3 seasons in 4 days.

GOLIATH is a great show. And Billy Bob Thorton is the great actor for this part. This may have been the best I have seen of Thorton, better than any of his movies. This show is filled with new crisp plots that keep you interested. Hope this series continues!!!!

Totally agree. This show is wonderfully written and fresh. Thornton is great. I’m so hoping for a 4th season.

Season three got a little too weird for my likes. Amy Brennerman’s character was too unbelievable. The plot was believable, but I have grown tired of William Hurt’s character.

Yes I want another season!!! Great show and great cast!!

I love this show, Billy Bob Thornton is great,let’s keep it going

Omg I love this show. Please don’t take it off of prime like Sneeky Pete. I subscribe to Prime just for them. Thank You

I love this series!! I truly hope they have a season four and many more! Was disappointed with season two but binge watched season three and LOVED it. Please let us see more!!

Binge watched all 3 seasons in a week.
One of the best shows on television with an amazing cast.

Please bring back Goliath for Season 4. It has been a great show and it should not end yet.

Yes, bring back Goliath for Season 4. This has been a great show and it should continue.

Enjoy the series and Billy Bob. Keep it going to #4

I love this show and hope they make a few more seasons at least! The characters are just developing and I’d like to see where they can take them…